May you always be contented and do good work, bringing smiles and hope to everyone who crosses your path. You're one of the most precious people I've ever had the privilege of knowing and you've shown how people who have it all can be a force of good. Blessings be upon you and your loved ones always!

The dawn is near

You raise me up 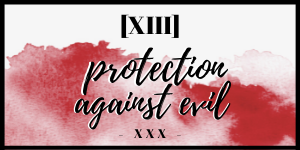 The exchange earlier had been most curious.

Of course, there were stories that could make the readers or listeners empathize with the characters, particularly the tragic ones. But to him, Yesung's outburst about the mermaid's story felt rather personal, almost as if he was acquainted with the mermaid himself and was affronted on her behalf.

Then again, nothing much about the man made sense to him. Take for instance the commoner's clothes Yesung was wearing. Anyone with eyes could see the man had the bearings of a noble, with his ramrod posture and refined looks. It didn't matter how coarse and cheap the clothes were; they simply looked regal on him.

Siwon set aside the pendant he’d wrapped up on the counter, then looked at Yesung who had moved to inspect the display case on the other side of the room. The man was focused on the men’s rings section, brows furrowed in concentration.

Once again, he found himself wondering what Yesung’s story was. That silver hair was no doubt considered an anomaly in this part of the world. But Siwon had traveled far and wide and seen all manners of strange features that to him, the silver hair was nothing too extraordinary. But certainly, to most of the people of Formosus who rarely ventured out, Yesung would have stood out too much. And from his observation, although Yesung could be approachable if he chose to and be friendly should his trust be earned, he would not have liked being the center of attention.

But perhaps the man didn’t realize that even without his silver hair, he would still have people’s attention on him. Did he not know how eye-catching he was, with that face like a fallen angel’s? And when he spoke, it was like listening to art, the cadence of his husky voice pleasing and soothing to the ears.

Siwon felt the heat of embarrassment rising up his neck at the thought. It was really a slip of the tongue when he gave the name ‘Yesung’. Thankfully the man didn’t seem to find the name bizarre; it just proved how sheltered he was that he didn’t bat an eyelid at being called ‘art-like voice’ by a complete stranger.

“Siwon-ssi, may I have a look at this ring?” the owner of the art-like voice inquired, breaking his reverie.

Siwon promptly schooled his features. “Certainly.” He made his way to the display case and sat down opposite Yesung. “Which one?” he asked as he set down a velvet-lined tray.

Yesung pointed by tapping on the glass. “That one with the fern leaf pattern.”

Siwon drew out the requested ring. It was made of solid sterling silver but the fern leaf design was gold, its vein accented with a row of tiny diamonds. He set in on the tray, and when he looked up, he saw the noble eyeing him questioningly.

He knew why he was getting such a look. Smiling, he said, “This has a more whimsical inspiration. There is a myth that ferns provide protection against evil.”

At this, Yesung’s eyes turned hooded, his expression subdued. Gingerly, he picked the ring up and slipped it onto the fourth finger of his right hand. It was loose. He switched it to his second finger where the fit was more snug. He then raised his hand and studied the ring.

“Are you in need of protection?” Siwon quietly asked, watching the play of emotions on Yesung's face.

The noble started, as if he’d forgotten he had company. He gave a sheepish smile. “Perhaps.”

For some reason, the answer did not sit well with Siwon. What kind of ‘evil’ was troubling Yesung? “But you have Kangin-ssi by your side to protect you,” he said, trying to fish for information.

Yesung gazed at him, jeweled eyes seemingly wanting to speak the truth. But then he looked away, fiddling with the fern ring. “Even Kangin with all his strength will be of no match.”

Yesung shook his head. “Nothing. I’m just rambling.” He lifted his gaze back to Siwon, smiling, but it was strained. “It’s easy to forget myself when I’m with you, Siwon-ssi.”

Siwon leaned forward, arms crossed on the display top. “And who are you exactly?” When he saw Yesung flinch in surprise, he said, “No, I don’t mean your identity; it can remain a secret from me till the end of time if need be. What I mean is, what are your thoughts, your worries, your hopes?”

Yesung’s eyes narrowed warily. “Why do you want to know?”

Siwon could not help but laugh. “Isn’t it a bit too late to be suspicious of me, Yesung-ssi? I’m merely offering you a chance to be yourself in ways you’ve not been able to. Isn’t this one of the reasons why we’re in my store after dark?”

“I actually did want to take a look at what your store has to offer,” the man said defensively. He tapped at the fern ring. “And I’m taking this as well, just for your information.”

“Certainly. Is there anything else you’d like to get?”

Yesung busied himself with looking at the items on display. Siwon let him be. He didn’t mind that Yesung didn’t take him up immediately on his generous offer; the man knew the opening was there and when he was ready, he would talk to Siwon.

Truth be told, they both knew Siwon could find out who Yesung was if he wanted to. It wasn’t going to be hard for him to go around asking about the identity of a certain silver-haired noble. But since Siwon had decided he’d rather be kept in the dark, he saw no harm in letting Yesung be himself around him.

Besides, once Flagranti was firmly established, he and his brothers would be on their way, and this arrangement between him and Yesung would just be a fleeting memory.

“I best be leaving now. Thank you for your hospitality, Siwon-ssi.”

Siwon grinned ruefully, gesturing at the sizable pile of wrapped purchases on the counter. “I’ll have some explaining to do when my brothers find out about the small fortune you’ve spent in one night.”

Worry immediately lined the noble’s pretty features. “Oh, I didn’t think about that!” He started reaching for the items. “Maybe we should put them back first? Since I’ll have someone come by tomorrow to --”

Siwon grabbed Yesung’s hands, stopping his movement. "No, no, that won't be necessary. I know how to deal with my brothers."

Yesung leaned forward and peered at him, his expression earnest. "Are you certain?"

"In that case, thank you once again, Siwon-ssi. This has been a pleasant evening."

They stood looking at each other for a moment longer than necessary. Then as if snapping out of a trance, Yesung blinked, lips curved into a small, uncertain smile. He turned his body away, pulling his hands from Siwon’s grasp, and the realization surprised Siwon; had he been holding on to the man all the while?

But he didn’t dwell further as Yesung started walking towards the entrance. Siwon fell in step, accompanying him to the door. He retrieved Yesung’s cloak and watched as the other proceeded to cover himself up. Siwon reached for the knob then, but Yesung suddenly spoke, making him pause.

“Am I… really allowed to be myself?”

It was impossible to make out Yesung’s expression, the hood of his cloak pulled down and hiding much of his features. But Siwon had no doubt the man was staring at him with the same hope in his eyes as that day at the coffeehouse.

Siwon did not know how to describe what he was feeling, to have someone turn to him with hope. But it was a heady sensation, and that itself should have triggered a warning to his rational side that was always about self-preservation.

It could be the fact they were seemingly in their own world. Or it could be how nights tend to easily strip away inhibitions, making one more prone to throw caution to the wind. "You don't need permission from me, Yesung-ssi,” he heard himself say. “I'm not part of your reality. So I have no expectations or judgement."

His words were met with silence. Siwon let it be, trying to understand himself the unexpected patience and empathy he was showing to the other.

"On Sundays," Yesung finally spoke, "I usually spend my time at Mus et Lepus. I'd be glad if you could join me, if your time permits, that is."

Siwon hadn't expected an open invitation but he found himself smiling. "Ah, that depends. Will it be after dark? Because I might have trouble sleeping at night if I’m having coffee late in the day."

A soft sigh escaped the man. "Are you going to hold this evening over my head for the duration of our acquaintance?"

He could hear Yesung's pout in those words. It was rather surprising to know Yesung could have such a side to him; it'd appear the noble was starting to show more of himself already.

“Possibly,” Siwon answered with a chuckle, then proceeded to open the door for Yesung. “Thank you for your patronage. I bid you good evening, Yesung-ssi.” The noble nodded, but just before he stepped out, Siwon leaned in close to whisper, “I’ll see you this Sunday.”

Yesung looked over his shoulder slightly, inclining his head in acknowledgment, and though Siwon couldn't see it, he knew the man was smiling.