With one hand gently held out 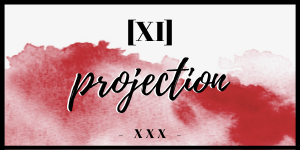 The music room was empty when he arrived, as expected.

Kyuhyun took a seat at the same plush armchair as before, keeping his posture proper. It was his fourth time at the palace, and though he should have gotten accustomed to this surreal experience, now and again he'd still feel butterflies in his stomach.

As he waited, and more so to distract himself, he mentally went through the agenda for the day. Two days ago, during the first lesson, he’d taught Prince Ryeowook how to breathe properly using the diaphragm. He went through a few exercises that the royal could do to achieve this. He also worked on improving the prince’s use of mixed voice. For the second lesson today, since Prince Ryeowook was already blessed with a pitch-perfect tone and ability to enunciate clearly, Kyuhyun decided he’d help improve the prince’s projection in singing instead.

Lost in his thoughts, he didn't realize someone had entered the room. It was only when he heard a discreet cough that he snapped back to the present.

Hastily, he got to his feet, his heart skipping a beat in worry. Was the prince upset that his presence was ignored? Kyuhyun started to bow and was about to offer his apologies for being rude (yet again, it seemed), when the other stopped him.

He stiffened at the stern command, caught in an awkward position of half bowing. His eyes met the prince's, and if a sharp stare could kill, he'd be dead by now.

Then suddenly, the prince burst out laughing.

Kyuhyun could only stare, dumbfounded. But even in his confusion, he was aware of how young and carefree Prince Jongwoon looked when he was laughing.

"Ah, really, Kyuhyun-ssi," the prince gasped once his laughter subsided, "you should see the look on your face!"

Kyuhyun did not know what to say. He felt his cheeks burn with embarrassment but at the same time, he felt relieved the royal was just teasing him. Wait, what? He realized then the implication of his thought. Prince Jongwoon, teasing him? The same Prince Jongwoon, who only a few days ago had seemed unapproachable, was capable of teasing?

The prince in question sat down on the settee, wearing a loose smile, his eyes twinkling with mirth. "My apologies. I was just having a bit of a lark, Kyuhyun-ssi. Have a seat," he said. Kyuhyun, still not quite over the surprise of being teased, merely obeyed. The royal's smile widened slightly. "Tell me, are you always this gullible?"

Gullible? The word brought Kyuhyun out of his dazed state. Anyone who knew him would think twice about using such a description on him. "Only when I'm around royalty apparently," Kyuhyun muttered, then froze. What the hell did he just say, and did he say it out loud?

Unfortunately, he did, because the prince evidently heard it, judging by his stunned expression. At that moment, Kyuhyun wished he was never born.

"Oho, looks like you’ve got quite a sharp tongue."

Kyuhyun pressed his lips tight. If he apologized, he'd sound insincere. If he denied having a sharp tongue, he'd just be lying. Again, he was at loss for words and mentally cursed himself for not being careful enough.

“Nothing to say for yourself?”

It was hard to read the royal. Right now he looked so serious, the playfulness from before gone, but Kyuhyun had a feeling he was being a tease again. Still, it was better to be honest; it had served him well before. “I’ve been told it’s an infuriating character trait of mine.”

At that, Prince Jongwoon chuckled, and Kyuhyun let go of the breath he didn't realize he was holding. So the prince was capable of switching moods as such, or perhaps this was how he liked to joke around. Kyuhyun recalled at the end of the luncheon that Prince Ryeowook had said his brother was quite an amusing person. Had this been a normal person, Kyuhyun would have been able to take such behavior in good nature. But since Prince Jongwoon was a royal, being around him felt like walking amongst a rose bush. Kyuhyun could not afford to be careless; one wrong move and he'd find himself pricked by a thorn.

“I see... well then, I give you leave to speak freely around me."

Kyuhyun started. He was not expecting this privilege. Was the prince really expecting Kyuhyun to be his usual self around him?

As if reading his thoughts, the prince gave a knowing smile. "You need not fear any repercussions, though to be fair, I will warn you if I think you're going too far. But I doubt your sharp tongue is as lethal as Ryeowoogie’s. In any case, I’d rather have genuine interactions with people in my circle than have them walk on eggshells around me.”

People in my circle. Kyuhyun’s heart skipped a beat; was he hearing things? Did the prince really just say he considered Kyuhyun part of his circle? Since when was he, a lowly circus entertainer, elevated to such a lofty status?

Prince Jongwoon seemed to sense his disbelief; his smile softened, his expression gentle. But instead of speaking further on the subject, he merely asked, "So tell me, what will you be instructing Ryeowook on today?"

Kyuhyun had to take a moment to recollect himself. “I… well, I’m going to help him with his projection.”

The second prince visibly winced. “He hasn’t shown it yet, but he can certainly get very loud when he hits his high notes. Your eardrum will suffer from it if he sings next to you.”

“I did think Prince Ryeowook is capable of being loud on his high notes given the type of voice that he has, but I’ll take note to assess it later," Kyuhyun said, confidently slipping into the role of an instructor. "But projection of voice isn’t just about singing loud, because an improper technique will hurt the vocal cords. We need to know how to produce a loud sound by using the right balance of muscle work and use of breath.”

Prince Jongwoon nodded thoughtfully at this. “Ah, so that is why you worked on his diaphragm breathing. How do you achieve good vocal projection then?”

Kyuhyun leaned forward, eager to share his knowledge. “There are a few things one can do. But the most important thing to get right first is the posture.”

“Yes. You’d need to stand with your shoulders pulled back, keeping the chest open as the upper chest will act as a resonator to amplify the sound. Your feet will be about hip-width apart to support your overall structure. Keep the knees soft but the spine has to be straight. The hips have to be tucked in slightly. Angle your chin --”

“No, stop, I can’t follow what you’re saying,” Prince Jongwoon cut in then, frowning. “Show me instead,” he continued, standing up.

Jongwoon shot him an impatient look. “Yes. Come now, get up!”

He didn’t need to be told twice. Quickly, Kyuhyun rose to his feet and stepped close to the prince, but maintaining a respectful distance. This was the closest he'd been to the prince and since he was a few inches taller than the royal, it felt a little disconcerting to be somewhat looking down at the other.

And also up close, the prince’s eyes, which reminded Kyuhyun of elderberries, seemed more vivid. Kyuhyun remembered thinking what a unique color they were; part of his initial shock that first day in the music room was not only due to the royal’s unexpected presence but also those mesmerizing eyes that appeared so cold at first.

Kyuhyun blinked his wayward thoughts away. “Yes, as I was saying, first you need to pull your shoulders back like this,” he said while demonstrating. The prince followed but his chest was out a little too much and his spine was curved. “No, not too far back,” Kyuhyun corrected. “Yes, yes, keep the spine straight.”

“Next, feet apart, follow the width of your hips like this... yes, that’s right. Keep the knees soft, ah no, not too much,” Kyuhyun said, and without thinking, he came close to put his hand on the prince’s back. “Remember, your spine must always be straight!”

Prince Jongwoon turned to him with a raised brow. “I am keeping it straight!”

“No, you’re not,” Kyuhyun retorted. “I can still see you’re bent forward,” he said, running his hand down the prince’s back. “Try this. Imagine there’s a string tied at the top of your head and it’s pulling you.”

Almost instantly, the royal’s back straightened. Kyuhyun smiled, satisfied. “See, it’s better. Keep that image in your mind always when it comes to keeping your spine straight. Now you need tuck in your hips a little.”

Kyuhyun cast his gaze down, seeing the prince’s slim hips pushed back slightly, and nodded appreciatively. “Good. Now tilt your chin up, eyes on the furthest object you can see.” Prince Jongwoon did as instructed, but his angling was a little too high. "No, dip down slightly," he said, stepping in front of the prince, fingers reaching up to gently grasp the other's chin and pulling it down a little. "Yes, this --”

"What are you doing, Kyuhyun-ssi?"

Startled, Kyuhyun dropped his hand and turned to the voice addressing him. It was Prince Ryeowook, watching him with a curious expression. "Oh, Your Highness, good morning! I was just showing Prince Jongwoon how to achieve a correct posture."

Prince Ryeowook’s expression turned skeptical. "Really? It doesn't seem that way to me."

Kyuhyun frowned, not understanding what the other meant. He turned back to Prince Jongwoon, and saw the other staring at him -- wait, when had he gotten so close to the prince that he could see what looked like star speckles in those dark purple irises?

Instinctively, Kyuhyun stepped back, realizing now how compromising the situation looked. His heart pounded, blood running cold as he recalled his audacity in putting his hands on a royal without even asking for permission to do so.

I am going to die!

“You’re late, Ryeowook-ah,” Prince Jongwoon spoke then, turning to his brother as if nothing had happened, though Kyuhyun could see spots of color blooming on the prince’s cheeks. “Enough dallying, let’s get the lesson started.”

Kyuhyun didn’t dare to speak, watching the two brothers with bated breath instead. Prince Ryeowook’s gaze flitted from his brother to him, looking as though he wanted to say something, but in the end, he seemed to think better of it and moved towards Kyuhyun.

“So, what are we doing today?” he asked, gazing up at Kyuhyun expectantly.

Meanwhile, Prince Jongwoon had settled back down on the settee, legs crossed, and he was watching them idly. The prince looked unperturbed, and Kyuhyun took that to mean he was not offended in any way.

Inwardly, Kyuhyun breathed a sigh of relief. Quickly composing himself, he pasted on a professional smile as he explained to the third prince the day’s agenda.