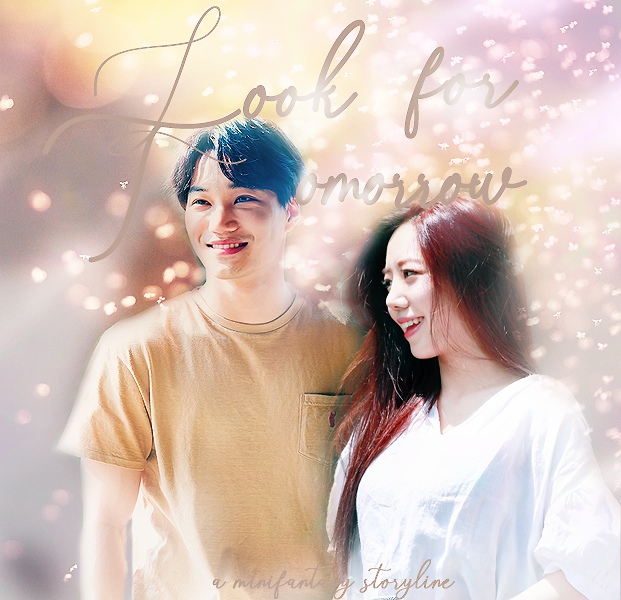 “Is your mother still calling you?” Jongin asked from the stove. Namjoo was standing by the far side of the table. Been staring at her phone for several minutes.

Worried, he walked over. Cupping her head, he pecked her temple.

News was out. The appeal was in public. It was trending online garnering attention like wildfire. Soon, the entire nation would be focusing on Kim Namhee and his nephew. Chanu’s death would be dredged up including the details of his death. Every part of his life picked apart by the jury in search of the truth. Namjoo wouldn’t be safe from scrutiny. Neither would her family.

The downfall was just about to begin.

Perhaps her mother wanted to reach out, reach an agreement in order to neutralize what could be a hazardous event. Maybe she wanted to persuade Namjoo to withdraw. Mend the cracks in the family. Or tell Namjoo to go home, makeup with her father. She shouldn’t do this to them.

“It’s a text from Munho.” Namjoo showed him the message. He was telling her Madam Kim wanted to know where she lived.

The call signal popped up on her screen. Her mom was calling again.

Pressing the answer button, she pressed the mobile to her ear. “Hello? Yea. Fine.” Then she hung up.

“She wants to meet.” Namjoo said. “Sorry, but can you have breakfast alone?”

An uncertain expression glazed across her face, but then Namjoo relented with a nod. Switching the stove off Jongin followed her to the door.

Didn’t matter how much Madam Kim despised his guts or deemed him unworthy. He might just be a wriggling worm on concrete in her eyes, but he wasn’t about to let Namjoo deal with this alone. The pressure was mounting. Soon, Uncle Namhee would act and who knows what else might blow up.

“What should I call her?” Jongin wondered as they neared the restaurant. “Mother-in-law?”

The cab pulled up to a Japanese restaurant. Alighting from the cab, Namjoo reached for his hand. Gently smiling to assure, “Just don’t say anything.”

Gripping her hand, he let her lead them inside. The foyer was quiet. Just a maple reception desk equipped with necessary machines and a formally dressed waitress standing on cue. The floors of bamboo material to enhance the Japanese experience.

The selected room was four doors down a lengthy corridor. All doors shut for extreme privacy. Madam Kim was seated at a low and long dining table. A delicate tea set untouched at one end of the table. Surprisingly, she had not ordered anything to gnaw on.

The door closed. It was two versus one now.

The Madam’s eyes flickered disapprovingly on him. Pulling him with her, Namjoo released his hand as she sat, “Mom.”

Jongin sat beside her cross legged. Aware they were not supposed to meet again. Ever.

“Tell him to leave.” Her mother ordered in one swift breath.

“I’m going to marry him.” Namjoo dropped the bomb.

“You!” The small woman’s eyes widened. Her taut shoulders brought her body forward. Jongin thought she might leap over the table to snap his throat. “Are you out of your mind?!”

“I love him.” Namjoo further antagonized. “I will marry him and I will spend the rest of my life with him.”

Namjoo didn’t flinch. “I just came today to tell you this. Don’t call me anymore. Don’t worry about me. Don’t look for me and don’t use Munho to do your dirty work. I’ve already said all I wanted, so I think we’re pretty much done.”

“You can’t do this to your father and I.” Bundling her skirt into a fist, her mother said through gritted teeth.

“I think I already have.” Sparing her just one glance Namjoo got up. Her hand brushed his shoulder signaling for him to follow.

“Are you sure?” Jongin quietly asked down the hall.

“She didn’t stand up for me.” Namjoo touched her arm. “When I went home that day, she didn’t even look at me. She treated me like I wasn’t even there.”

Glancing up at him, Namjoo smiled kind of sadly.

Twining his hand through hers he comforted, “It’s all right. I can skip being evaluated as an acceptable son-in-law. Good for me.”

“You stinker.” Namjoo pinched his arm.

On the way out, Jongin said, “We should move out.”

“Why? I’ve grown quite attached to that place.”

“It’s not an appropriate place to start a family.” Jongin slyly mused.

“A family?!” She repeated loudly. Leaning forward she peeked into his face. “You’re thinking about that already?!”

“What? You think you can create one by yourself?” Jongin asked. “You’ll be thinking about it soon. Guaranteed.”

Grabbing a cab, they returned home to eat the breakfast he’d set aside. Except there was a man standing outside the tailor shop. Craning his neck back staring at the second floor of the building questionably. An item was pinned between his body and arm. On closer evaluation and closer approach, Jongin recognized him.

“Jeonghun!” Jogging up to his brother he broadly wondered, “What are you doing here?”

“Oh…hello.” Catching up to his side, Namjoo greeted caught off guard by the visitor.

Happiness trickled through Jongin. Picturing Jeonghun, Nagyeom, and Sahyeon loving her. All of them getting along. Sharing a meal one day like the family they were about to become. Namjoo one of his people.

Bewildered Jeonghun’s attention flashed from one to the other. “Jongin, you…”

Laughing flabbergasted, Jeonghun reached over to clap his shoulder. “Oh gosh…congratulations, Jongin. I wouldn’t have guessed. I’m so happy for you.”

Beaming with joy, Jongin thanked him.

“And welcome to the family,” Jeonghun gladly turned to Namjoo. Back to him he excited claimed, “There’s going to be so much to do.” His eyes brightened then narrowed, “Have you told mom and d