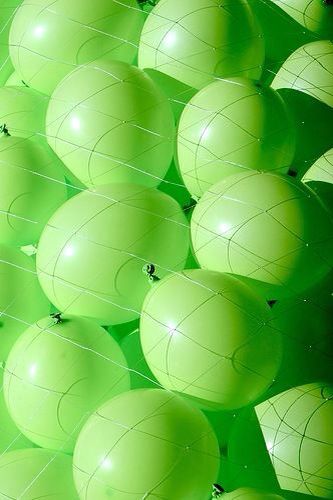 again, i am very sorry for the short :(( i have never watched how i met your mother (though my friend tells me it's a good show) so i hope i got noah's personality right. it was hard writing him LOL but yes i hope you enjoy!
it's you for me
scroll down to view more
let it be known that yoo noah never gets drunk. like, ever. not even off the strongest vodka. his alcohol tolerance isn't just good, not even great - it's amazing.

but not even an amazing alcohol tolerance can keep him from staying sane whenever irene was around. somehow, noah's amazing alcohol tolerance always seemed to fly out of the window when they were together. according to her, he's a 'cute drunk' and 'slightly sentimental'. it's not like he minds - he knew he was bound to get drunk someday - but it's embarrassing when it's her. who knows what he might say with her around?

still, he can't seem to keep away from her. she's like a drug, colorful illusions swirling around her entire being, pulling him in by the chin and he knew he was stay forever, whatever she wanted he'd do. he's addicted, unable to quit her even if he wanted to but he doesn't. like a lovelorn puppy, his friends all say, and it might be true, but he doesn't mind in the least. she deserves the whole world, and he'd give all he had to make that happen.

well, maybe not everything, but pretty damn close to it. and he's sure she knows too, or she wouldn't keep calling him every time she drinks too. like today, now, right ing now. it's not that he minds drinking, it's not even that he minds drinking with irene, but he has a feeling that she's not quite as drunk as she seemed, and it's a little too late to call her out on it now, when he's definitely drunker than her.

speaking of being drunk, there's something else that he's never experienced before: falling asleep.

he wakes with a start, alcohol still pulsing through his system. "wha?" he mumbles, trying his hardest to not be dizzy. "what's wrong?"

"no, nothing." irene's face appears before him. she's worried, he can tell. "do you want to lie down? you fell asleep. i can call a cab or you can sleep over."

no, noah wants to say, i'm okay, i'm not that drunk, but all that comes out of his mouth is "ehheghhhhehhhh..." and irene looks even more worried. "okay," she says, helping him to his feet. "you can sleep in the guest room. come on, let's go."

she laughs, and it's the most beautiful sound he's ever heard. "what else would you want to do? you can't drink, i forbid you from drinking more." she pauses to gently lay him down on the neatly-made bed. it smells like lavender, like her, and suddenly, his heart aches. "do you want to talk?"

talk, yes, he wants to talk. but he doesn't want to have a conversation; he just wants to talk. "yes," he says, head lolling to the side. "i wanna talk. about you. i love you." this isn't the first time he's said that, but it's the first time he's said it drunk. because, well, it's one of the only times he's ever been drunk. "i love you and your face and your body is hot too..."

she chuckles at this, but he's not done. "ireneireneirene, i love everything about you. i love your kindness, the way you treat everyone like they're the most interesting person on earth and the way you push up your glasses when you work and the way you completely change personalities when you get off work and your ambition, you want what you want and you're gonna get it if it kills you, i love you so much."

he rolls over, face smushed into the pillow. he's not sure if she can still hear but it might be better if she doesn't. "i used to think i was nothing, you know? my own dad didn't want me so what was i even worth? he came back, tried to get in touch again but i hated him for it, why would you come back after abandoning your family for years? and my mom worked so hard and he doesn't even know, it was up to me to protect her so i was always the one at the front, the man of the family you could say, and i never had anyone to talk to like this but that was before you came.

"you, you make me feel..." he's definitely still drunk; the taste of alcohol comes with a burp. "i didn't know how to love and i thought everything would be okay as long as our bodies got along, hahaha... that's just like my dad, i hate it, i hate him, i hate how much i'm like him, i don't want to hurt you like he hurt my mom but irenie, i really, really love you, you know?"

are those tears making the sheets wet? is he crying, throat closing up and - god forbid - snot dribbling down? oh god, oh no, noah hates crying. "i love you, i love you so much but i'm scared, i don't think you take me seriously and i just, i don't wanna get hurt again, but i'd rather hurt than you get hurt from me, what do i do?"

he'd almost forgotten that irene is, in fact, in the room with him. she's even sitting on the bed, the one he's lying on, the one with the nice lavender-smelling sheets that he just cried and drooled and snotted all over.

"have you found yourself?" she asks quietly. "or come closer to it?"

has he? noah doesn't know. "i hope so," he answers with a sniff. "i hope i can do it in the future too, with you." the last two words slip out of their own accord. alcohol-fueled or not, he'd been meaning to say them for a long time. "will you help me? and i, i can help you with other stuff too. like cooking," he finishes lamely, the only other activity he can think of being not conducive to the atmosphere.

the silence stretches on, and he closes his eyes. he's not sure he wants to hear her answer, but by some mystical power, he can't say it, can't tell her that he was just kidding or to forget about it. then, a soft hand brushes the hair off his forehead.

"i can already cook, dummy. but you can teach me anything i don't know."
Like this story? Give it an Upvote!
Thank you!
← Previous Chapter Next Chapter →
Author's Thoughts
🔄 sirius-'s request is up, and this marks the end of this shop!
Read More →
Back to Top ↑
No comments yet
Back to Top ↑
Table of Contents
Foreword
>> Collapse chapters <<
Back to Top ↑
Community Promoted