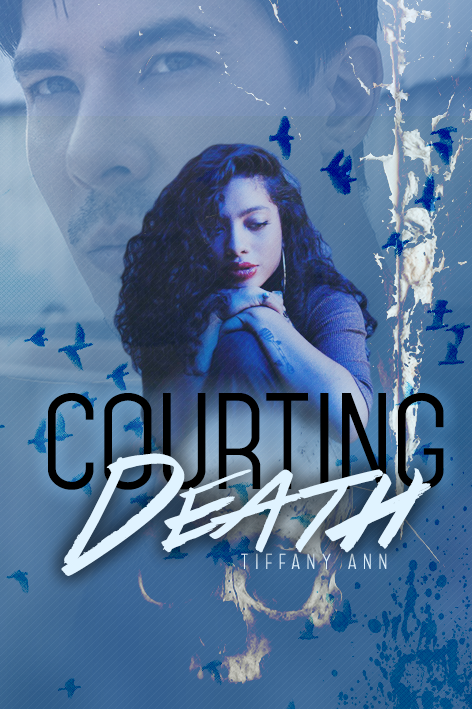 Seleah tried her hardest to listen as Rylie whined to her about his life and how things were no longer going smoothly, it seemed to all happen the day she left him.

“So you have a rebound and you think its serious? Please. Look Seleah, i just need you ok? So come back to Sydney.” Rylie said, ignoring her.

“You’re such an . I’m blocking you.” She said before hanging up.

She looked at her phone and wanted to throw it across the room. She felt this looming feeling of rage building.

“Relax. He’s going to get what’s coming to him.” Death said.

Seleah sighed, “Why does it seem like i’m so unlucky with men?” She asked quietly.

“Death is very unlucky in love, but we’ve learned to live without it. I mean, some people worship me.” Death said.

Seleah sighed, she was upset with herself because she did feel like she lead Lewis on, he had been trying to understand her and get closer to her, and she kept pushing him away.

“I should apologize. I overreacted earlier.” Seleah said.

“Maybe you should. See where that gets you.” Death said.

“I’ll...wait until later. Death...what’s it like in there? Your world?” She asked, going to sit back on her bed.

“Well it’s...Whatever you want it to be really. My city looks like a modern city, plenty of highrises and cool architecture. Only, there are no people on the streets, and it’s always night.” Death said.

“I’ve never thought of asking you until now, but how is this connection possible? How are you there and inside me?” Seleah said, staring at the ceiling.

“Well, there’s a gateway in my office, it allows me to connect to anyone, no one bothers me. That’s why i have reapers. They do all the work for me. Occasionally, i have to reap a soul or two, but thats mainly stubborn souls.” Death said.

“I don’t understand how a soul can be so stubborn.” She said simply.

“Well, some people refuse to die, or accept death, as a result, their souls get trapped on earth. That’s why you have ghosts.”

“So the lady from the coffee shop?” Seleah asked.

“Yeah, she would of became a ghost. So that’s why we had to-”

“You know...you’re not a hard person to love like you think. But i understand how it is you came to feel that way.”

“Wait, you have access to my memories?” She asked.

“Of course i do. We share not just a body but a mind as well. Would you like to see a memory from my life?” Death asked.

“Sure i do. Will it hurt?” Seleah asked, laying on the bed.

Before Seleah knew it, the room and her vision seemed to get foggy. She Felt herself get that similar feeling like the first time she saw death and welcomed him into her body. She awoke on a cobblestone floor, the stench of death filled her nostrils. She almost gagged from the pure strength of the odor alone. She staggered her way down a narrowed street, the stone buildings had no lights in them. Seleah had no idea when she was. She came out onto a square, men in plague doctor outfits, all stood around in a circle. Seleah watched them from afar, tallying the dead. The doctors walked past her, as if they couldn’t see her. She watched as they forced their way into a house on the corner, and drag out a crying little boy. The boys skin was blackened, the circles around his eyes so dark and heavy it almost seemed as if he had no eyes. The plague doctors beat him with their canes, for what seemed like eternity. Seleah wanted to run over to the boy but her legs refused to move. The beating continued until the boy lie motionless on the ground.

The doctors all walked away and seemed to vanish into smoke. Seleah watched as the boy slowly arose from the ground, he limped away into the distance, dissipating into the fog. Seleah then felt herself fading away again, feeling that fog pulling her away from the scene.

“That was when I realized, i was death.” Death said quietly.

A tear slid down Seleah’s cheek. “I wish i was in your office with you.” She said sniffling.

“To hug you. You didn’t deserve that.” Seleah said, feeling the immense feeling of grief enveloping her.

“Well, I appreciate that, but this was something i long came to realize. Death couldn’t have a family, or friends, or a lover, i lived in those shadows for so long. Not understanding why i was chosen to be death. It didn’t matter why, it was a job that i had to do. I understand death better than anyone. The way you do.” Death said.

Seleah nodded to herself. “What does your office look like?”

“My desk is glass. I have a plain marble floor, comfy chair. An obelisk with my name on it, and the gateway. That’s all my office needs. Oh and scrolls, lots of scrolls.” Death said.

“When we talk are you doing it from your chair?” Seleah questioned.

“No. The gateway is rather big, i have to stand in front of it.” Death answered.

“It looks like a giant crystal ball. Anymore questions?”

“Only one...are you still wearing a robe to hide your skeleton body?” Seleah asked, chuckling to her