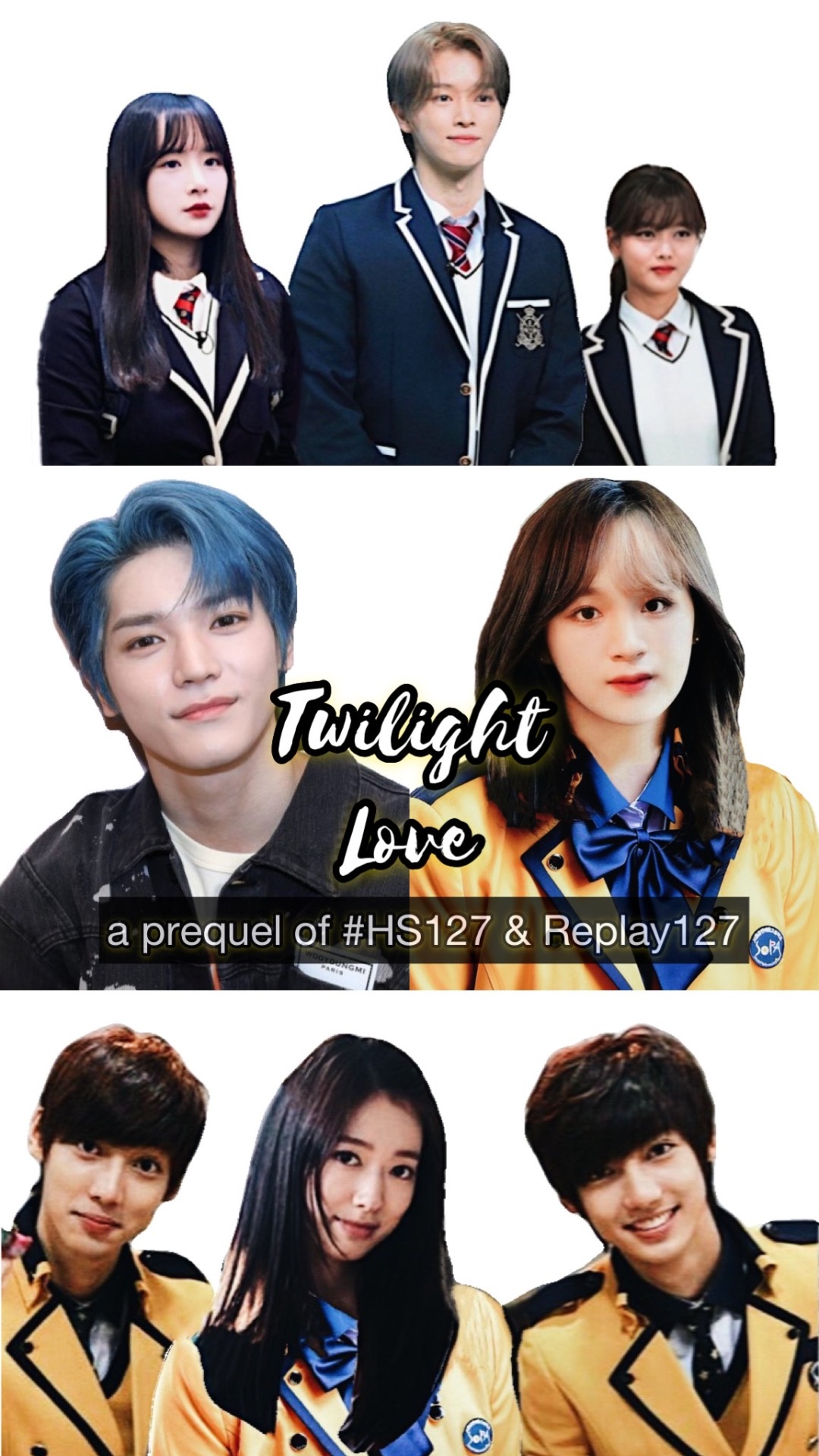 A Prequel of #HS127 and #REPLAY127. A romantic love story which involved hardships, friendships, and rivalries of NCT127 succesors.

Twilight Love tells the story of a secret love between Lee Bom and NCT Lee Taeyong, a fictional man that does not age after 30. An Immortal. NCT Lee Taeyong plays a man in his 30s who’s clueless at dating, begins developing feelings for his fellow NCT member Lee Haechan’s daughter who is technically two decades younger than him. Impossible! But somehow because Taeyong had stop aging when he turned 30, their age gap closes from age difference of 20 years to just being a few years apart. Magic! (You'll find out more about it in the chapters.)

Following the two leads, the love-lines will consist of lots of twists and turns, not forgetting jealousy thrown into the mix of the Suhs triplets (A-reum, Ja Din & Ja Bin), Jeongs siblings (Sungchan & Hyun A) and Kim Youn Jung whose attraction to each other sparks off more drama than any young person should be accustomed to. One of the characters in the mix were also born not normal. A different kind of normal that can't be proven scientifically!

With Twilight Love you’ll never be left bored. This fanfic is sort of similar to a modern-day vampire story. Humans and Immortals seeking for love and happiness to end their cursed immortal life and real life misery. Twilight Love has everything from comedy to melodrama and supernatural elements. No biting and blood required. Just purely love. :)