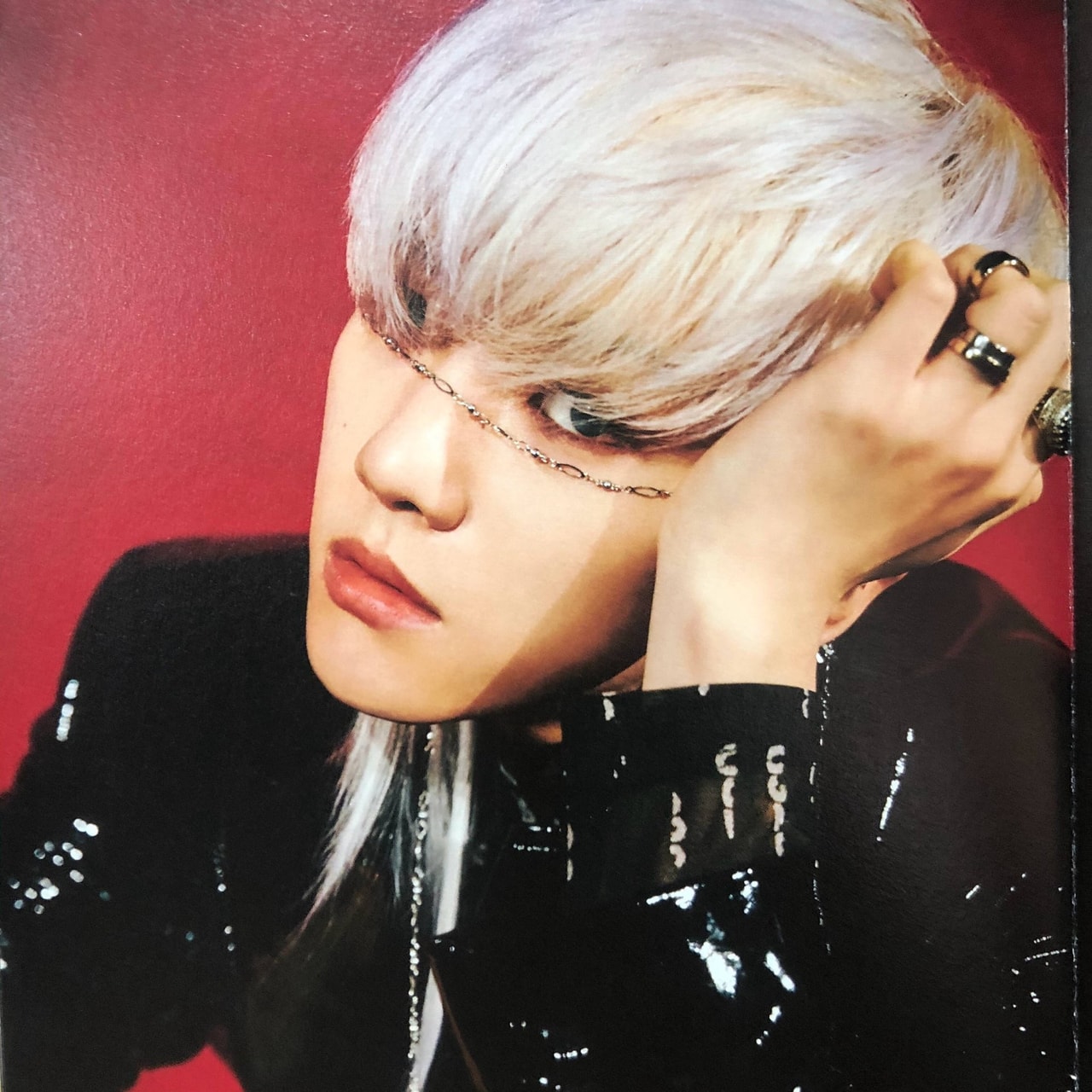 A wearied Mina opened the door for Sana and the uninvited guest. Mina gasped upon seeing Sana, "Oh my god, Sana! Where the hell you've been? We've been searching for you from the morning! Your phone is unreachable as well! We were about to file your missing report to the police if you didn't show up within evening!" she continuously blabbered while holding Sana by her shoulders, eyes filled with worry. Then she noticed the dirty soiled state of Sana's clothes,  "What the happened to your clo- and who is he? Is he with you?" Lastly, her eyes caught the bored looking male with a seemingly unique taste in fashion.

"Mina, I....H-He is..." Sana stuttered uncontrollably, not finding any better word to explain her state and neither the existence of this man standing behind her.

"Sana, my child! Where have you been? Are you alright? I was so worried for you!" Thankfully, her grandmother saved her from being a stuttering mess.

"And who might you be?" Nodding at Sana with a relieved smile, her grandmother casted a scrutineering gaze at Baekhyun, who seemed like he was this far from snapping at everyone.

"Grandma, h-he...he is Baekhyun. He is our g-guest. Please let him... stay here for a few days?" Sana managed to utter. But she knew neither her grandmother, nor Mina would let her off without giving them some valid identity of this stranger.

"Guest?" Baekhyun scoffed annoyingly, making Sana bit her inner cheeks out of fright that he would definitely spill the beans. "Listen here you two ladies, I am indeed your guest, but a very special one, because.." He paused, coming to stand just next to Sana before throwing his arm over her shoulder and bringing her closer to his side,  "I am her husband."  And bam, he exploded the bomb just like that.

It was painfully silent for god knows how many seconds, or had it been minutes? Everyone just kept gaping at Baekhyun as if he had spoken any alien language. Mina was the first to crack up, she started laughing hard while covering her wide opened mouth with her palm, she looked like she was this close to rolling on the floor. "Sana babe, what the hell? From where did you pick up this unique piece? And what kind of prank is this?" She asked in between her hiccups.

Sana casted a wary glance at everyone. Mina looked like she didn't believe a single word from Baekhyun, while grandmother Oh looked like she was confused between laughing or giving a scary look to Baekhyun's ill mannered attitude. While Baekhyun looked even more pissed, his jaw was tightly clenched at this stage. Sana gulped, not knowing whom to handle first. Taking a deep breath, she readied herself to cook some stupid stories about going out to take a walk outside into the bushes and being attacked by wild snakes and then being saved by Baekhyun. Probably, if she made him look like a good guy, they would stop questioning her and let him at least enter the house without creating a fuss.

"I have had enough of this!" But before she could open to start the arranged story, Baekhyun snapped impatiently. His harsh tone made Mina, grandma Oh and Sana flinch.

Sana exchanged glance from Baekhyun to the other two in utter silence as Baekhyun glared at them intently. She didn't like his attitude towards these two ladies. He can be rude with her as much as he wanted, not that she approved of it either, but he should at least stay respectful towards her grandmother as she was obviously older than him. Where were his manners?  "Hey, stop glaring at them! You can't disrespect them like this!" Sana hissed at his ear, it was easy for her since his hold on her shoulder was still firm.

"Don't disrupt my concentration!" He hissed back under his breath, not even sparing her a glance, continuing to glare at the two before them.

"Concentration? What do you mean?" Sana couldn't decipher what he was saying but the way both Mina and grandmother Oh had become uncharacteristically quiet made her stomach churn badly. 'Is he...doing something to them?' She didn't know exactly from where this illogical thought had crossed her mind but her life had already lost all the logics since last night, or maybe for all these past years, so she should just listen to her instincts in this case. Her hand reached towards him to clutch onto his shiny blazer, she pulled onto the material for a few times and finally managed to turn his face at her direction, "What the hell are you-"

"Oh! Omo! Why am I such a fool! My grand son-in-law has come to visit and I am keeping him standing outside like an outsider! My bad! Baekhyun son, please come in!" Sana's grandmother excitedly squeaked and started gesturing them to enter the house.

Before Sana could even react to her grandmother's sudden change of attitude, Mina's squealing voice interrupted her brain to work further, "Yah, Sana! You sneaky little brat, you should've told us that you'd be out for having some night adventures with your hubby! We wouldn't have to worry this much!" the girl giggled and slapped Sana's arm playfully.

Sana could only gape at the two females, not knowing how to react. If not for Baekhyun's cold fingers helping her to close her jaw,  would've been wide opened until now. Sana again didn't get any opportunity to utter a single word as she and Baekhyun were pulled inside the house by now the two enthusiastic females.

"You two had been out for the whole night! It must've been tiring! Go get freshen up while I prepare some heavy lunch for you two." Grandmother Oh told them while smiling widely at them before going towards her kitchen.

Mina giggled again, Sana had never presumed that someday she would find her best friend's giggle this creepy and annoying, she wiggled her brow at both Sana and Baekhyun, "How about you two take a shower together?" she presented her nuthead idea.

"Not bad of an idea." Baekhyun tilted his head at Sana, scanning her from head to toe before a sinful smirk plastered into his thin lips.

Sana immediately crossed her arms over her chest, realizing only then that the shawl she had taken with her last night was absent from her body and she had only her thin nightwear to secure her figure.

"Omo! Baekhyun oppa is so naughty!" Mina blushed seeing Baekhyun's gaze towards Sana. "Okay, I should go and help Grandma. You two can do whatever hubby-wifey business you wanna do~" And Mina was off from the scene after squealing those cheesy lines.

"Lead me to your room, wifey?" Baekhyun's deep voice pulled Sana out of her shocked state.

Without waiting for anymore distraction, Sana bravely grabbed the collar of his shiny blazer, bringing him close, momentarily forgetting that she was actually afraid of him or she was supposed to afraid of him. "What the did you do to them?" She whisper-yelled at him, eyes shooting lasers. She had requested only one thing of him, and that was to not harm her family in any way. But by the look of everything, it looked like the first thing he did was to ignore her request.

Baekhyun looked immensely displeased at her audacity to pull his collar, so he first untangled her hands from his blazer before glaring at her, "First of all, know your place and don't you ever dare to show any disrespect towards me, you little girl. And lastly, they were taking too long in their question-answer session, so I just helped them to process everything faster." He then shrugged proudly.

His reply only fumed Sana even more. Even though the fear of him was still lurking inside her, she chose to show a brave front just for the sake of her already trembling ego. So she scoffed as if she wasn't scared of his threats, "First of all, You haven't done anything to gain respect from me, you even broke your promise of not harming my family. And lastly, I know my grandma and my friend better than you, so you can't fool me by saying that you merely helped them." She gritted out, continuing to glare at him without any falter. She didn't lower her head or gaze even for a second and crossed her arms over her chest to appear strong.

Baekhyun rolled his eyes while crossing his arms over his chest as well, "I don't remember promising anything. I just said I wouldn't harm them unless you force me to. And I am a man of my words, I didn't harm them in any way. I just used my ability to make them believe what I wanted them to believe." He explained even though he didn't look like he would give a damn about explaining his actions.

Sana gaped at him for the nth time of the day, "So...you mean...y-you have the ability to...to kind of h-hypnotize people?" She couldn't help but coming to this conclusion based on the information he had rendered her.

Sana saw him blinking his eyes a few times before scowling at her, "You keep uttering weird words. Anyway, I don't have the time to entertain you with answers. You might be really  interested in me to be wanting to know more.."  He drawled in a slight lower tone before his finger teasingly twirled her loose strands, "But Honey, we have eternity to discover more about each other. Right now, I badly need a shower. So..." He was leaning his face closer to her but Sana's whole body was sort of numb in her state to move back or at least pull herself at a safe distance away from this man. But she couldn't as she did a mistake to lock gazes with him, his crystal white eyes were undoubtedly so mesmerizing that she couldn't help but keep staring at those pair.

"Oh- am I interrupting something?" Mina giggled like a teenager who was seeing her favorit