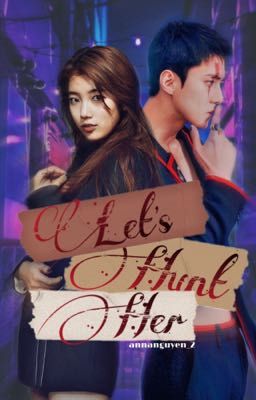 Sequel of "Let's Kill Her"
(STORY IS FICTIONAL; IF SEEN SIMILAR IT'S COINCIDENTAL)

Surviving a few weeks at South Korea's most lethal boarding school was one thing. But now comes the real test: Can Bae Suzy find her missing father before her enemies find her?

After surviving a crash course in espionage at the mysterious Absconditi (Hidden) Academy, Suzy has only one purpose: finding her missing father. Along with fellow student (and heartthrob) Sehun, Suzy follows the clues that her dad left, undertaking on the deadliest treasure hunt of her life. The first clue is in her hometown, where old friends gesture and unexpected enemies hide around every corner. The second clue is in America, where unknown facts about her family's history will crash her into an international network of deception, lies, and intrigue. The third clue is deep in enemy territory, surrounded by the most skilled assassins and master strategists, and where everyone wants her and her father dead. Can Suzy, who have limited training, infiltrate a centuries-old organization that is powerful enough to topple empires?

Bae Suzy only knows that she'll do whatever it takes to save her father . . . or die trying.

Yes sir-re! We are back with a sequel of "Let's Kill Her!"

Hope you all enjoy even though there will be slow updates.