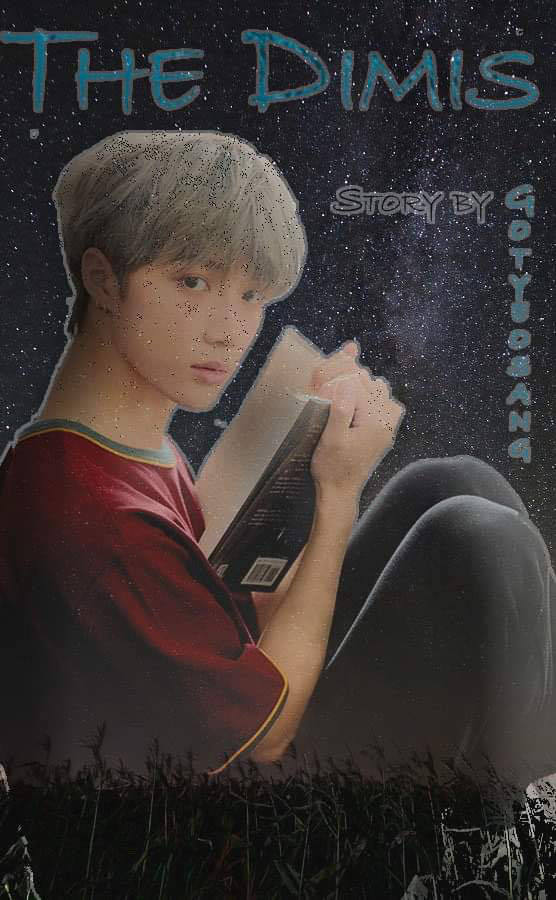 A prophecy once stated: "In case of corruption, four boys, all Dimigods, will come to save the world. These four Dimis didn't grow up in the world, but they represent all the four lands.

Now Prologue is in danger and it's time for the prophecy to come true. It is up to the God of Truth, Jimin of Serendipity, to find these four boys and bring them to fulfull their duties.

{Or: In which three orphans find that their parents are beings from a magical world and Seonghwa's just along to criticise everyone and question his life choices}

The dark sky was full of smoke as the volcano prepared for eruption. A loud, evil, cackling, laughter could be heard in the distance, causing the father to hold his son closely in his arms. He rushed behind a boulder, placing the baby down softly. He made sure his blanket was wrapped tightly around him, picking up his little hand and kissing it softly. He placed a necklace around the baby’s neck that held a locket and a small crystal shard enclosed in a glass bottle. He held his tears back as he kissed the boy’s forehead.

“My Donghyuck. Daddy loves you,” the man whispered as the laughing got closer. The baby was crying now, his face red and his limbs flying every which way. The man bit his lip and ran a hand through his hair. “I’ll visit you as soon as I can. You’ll always be my little one.”

With a wave of his hand, the baby vanished into the night and the man almost lost it. His heart was shattered, but at least the boy would be safe. And without another moment, a dark figure was looming over him. The man closed his eyes and balled his fists. He didn’t want to deal with this right now, but it was his turn to fight.

“I will find him, Jonghyun,” the dark figure said with a booming voice. “You can’t keep him safe forever.”

“You’re right. I can’t keep him safe forever,” The man, Jonghyun, said, wiping away the tears from his eyes. “But I can stop you so you’ll never find him. I can stop us both.”

“You’re forgetting, Yifan, what I can do,” Jonghyun said, looking at the volcano that was causing the ground to shake. “There’s a reason I came here.”

He raised his arms above him, the sky erupting with thunder and lightning. Yifan stepped back in shock as Jonghyun closed his fists. This was it. Jonghyun knew there was no coming back this time. He already came back as a spirit. But this sacrifice was worth it. It meant he could save this world from anymore darkness. He was a guardian. He had to protect his people from the greatest evil.

So he brought his arms down in one flowing motion, causing the volcano to explode and the lava to shoot out into the sky. The red hot liquid came raining down on them. And despite the burning sensation, Jonghyun could only smile as he watched Yifan get washed over in the lava. His greatest friend had become his greatest enemy. It was a loss more painful than death. But now the both of them would experience death together. And it was all worth it. The world was safe. No one had to live in torment again. The world’s children didn’t have to grow up in fear. People would now be able to walk the streets without having to look over their shoulders in hopes they wouldn’t be hunted or snatched.

Or so he thought.

Author's Note:
Hey everyone! I'm back with Prologue. You may have noticed that I did infact change my username to YeosangsPonytail. I have the same user on Roleplay Republic if you roleplay and want to hit me up! Anyway, so I had a huge falling out with the previous co author of Prologue and I don't want to deal with him trying to hit me for plaigarism, so I have changed up the story. My storyline is still the same, but I have changed his parts. The main characters have changed, but you will see some familiar faces. If you haven't read Prologue, welcome ^^ I do hope you guys enjoy this story. I haven't written in quite a while so I'm excited to get this out there! New and improved <3

All Best Friends Fall In Love

Seulgi made a promise to Joohyun that they'd be best friends for life. Joohyun believes that it's a promise that will inevitably be broken.