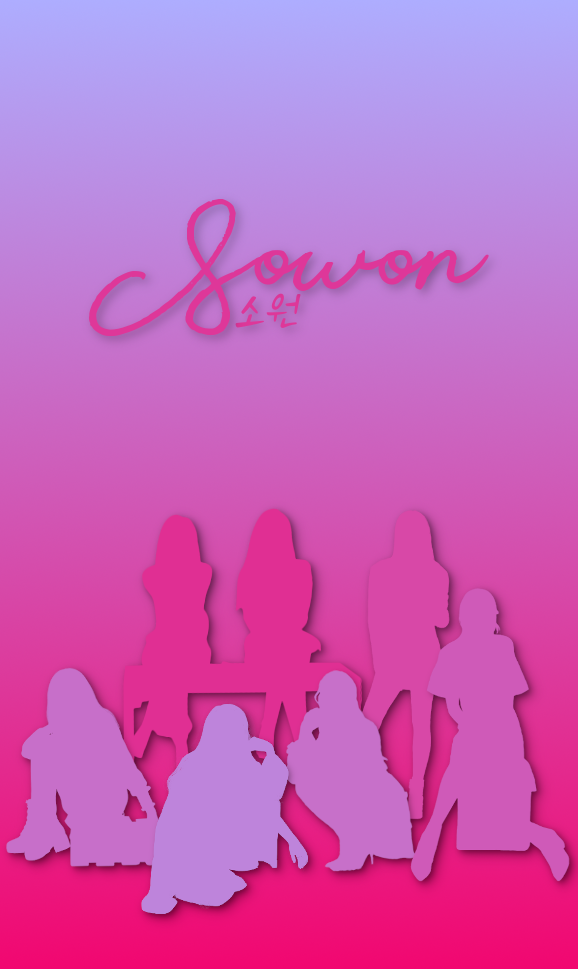 Sowon is known as one of the biggest girl groups from the 2nd generation but their path wasn’t easy. Debuting in 2009 as a nine member group under Y.I Entertainment, with the title track, ‘Kissing you’ The girls garnered attention for their young age, but that attention was short lived. It didn’t take long for Sowon to be surrounded by scandal when they lost their first member and leader, U.Jin, in 2010, not long after the groups third comeback when it came to light that she had broken one of the stipulations in her contract. This didn’t deter the members though as they decided to work even harder to achieve their goals and dreams of becoming the best group they could.

In 2011, after two years of hard work and determination, the members of Sowon finally had their break out when they released their chart topping track ‘Oh!’. But it wasn’t long before the group found themselves surrounded by scandal once again when member Yuri left the group after a rather public argument between the members in early 2012. Despite this, the girls managed to hold onto most of their popularity and rose up to become one of the top girl groups in all of Korea.

In 2015, after all the members contracts with their original company, Y.I Entertainment expired, the members all decided to leave. They felt that their opinions had never mattered to Y.I and that they were being pushed into boxes and personas they didn’t want to be. So instead of joining another company and possibly having the same thing happen again, the girls decided to form their own company, WISH Entertainment to be able to do as they wished and to expand further into other areas.

Sowon continued to thrive on their own as one of the top kpop groups in not only Korea, but the world, and in 2019 are celebrating their ten year anniversary. With all the ups and downs Sowon has had to go through, will they be able to continue in their position as one of the top groups, or will ten years of being in the public eye prove too much for the girls?

LilySaturn I fell in love with the idea of Sowon the first time Li told me about it, and I was so thankful to have the opportunity to help with it! I really hope you guys like it, and we can create something wonderful ♥︎

Next Chapter →
Author's Thoughts
We are so hyped for Sowon and are so happy to have received our first app in a while. We look forward to seeing the other future apps!
Read More →
Back to Top ↑
No comments yet
Back to Top ↑
Foreword
>> Collapse chapters <<
Promoted - Advertise