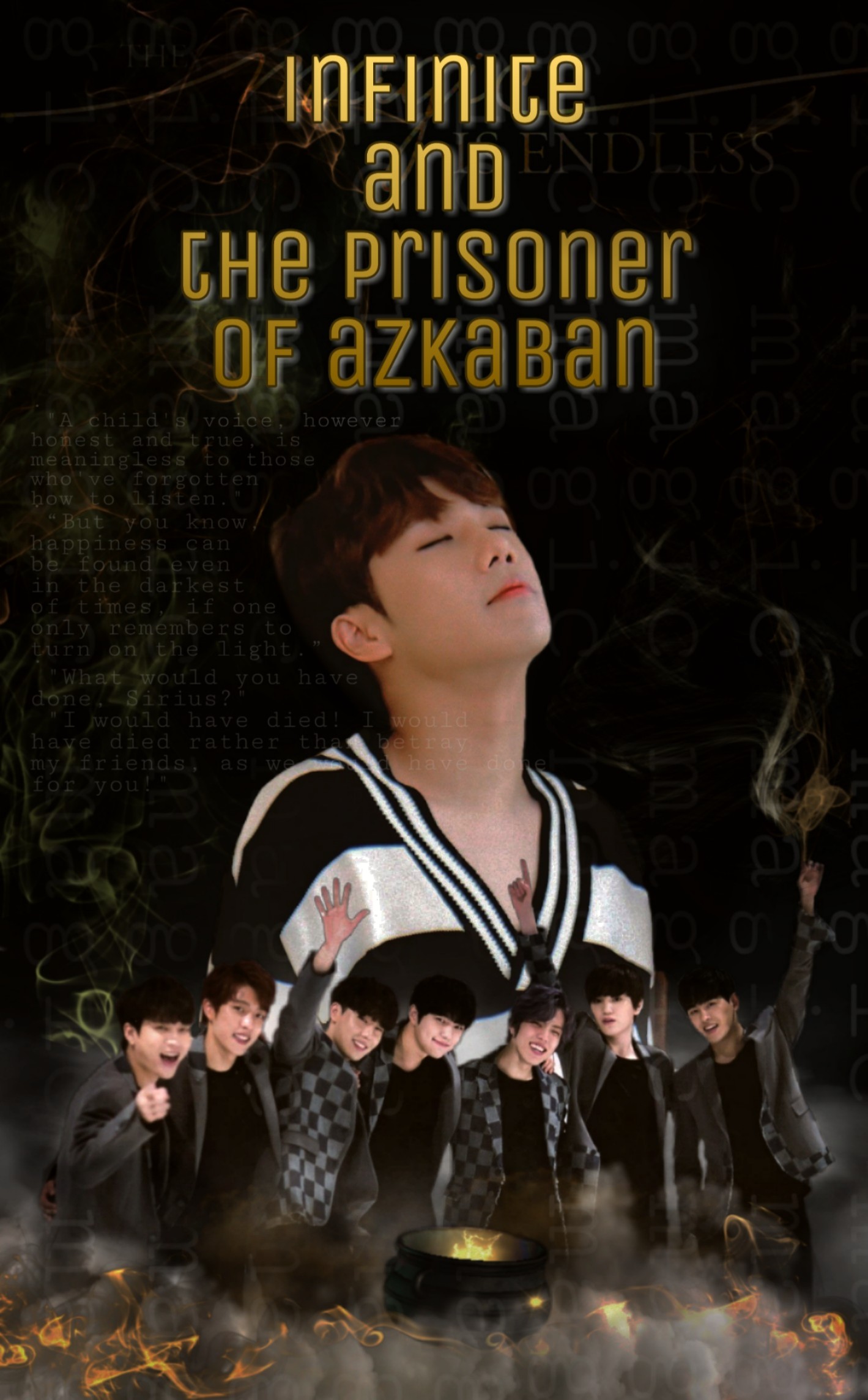 Are the most beautiful things also always the most complicated?

And if so, are they still worth the trouble?

As the apparent mass murderer Sirius Black escapes from prison, Sungkyu is torn between his parents and his new-found friends. Can he be on both sides still or has the time come to choose?

For all those who doesn't know what I'm talking about, this is the second part of an Infinite x Harry Potter series I started ^^" ( Here's a link to the first part: Infinite and the Chamber of Secrets ) I should say here that I wouldn't recommend reading only this part, although you probably can since they're separate stories. Some started character-archs are continuing here, though, which may not make sense to you without reading the first.

As the title suggests, it follows the main events of the third book of Harry Potter (yep, I started with the second book for $reasons lol) and as the first part, it centers around all the members of Infinite but from the POV of Sungkyu. Note: No OCs

If you enjoy it, please leave a message TT Comments are extremely motivating!! 💛

PS: Just like for the first part, I've already written all of the story and did the rough edits, all that's left is line-edits for each chapter which I will do as I upload (~one chapter a day) You don't have to worry about the story not being finished~

[edit: I can sometimes disappear for unprecedented amounts of time that make you think this will never be finished BUT it will be!]

PPS: Took this story down from wattpad for ... let's just call it $reasons again lol. If you see it there in any shape or form, please message me. The first part is still uploaded on wattpad, but none of the chapters from this one will. Perhaps I'll take the first one down from there, but I'll make a note about it again then.