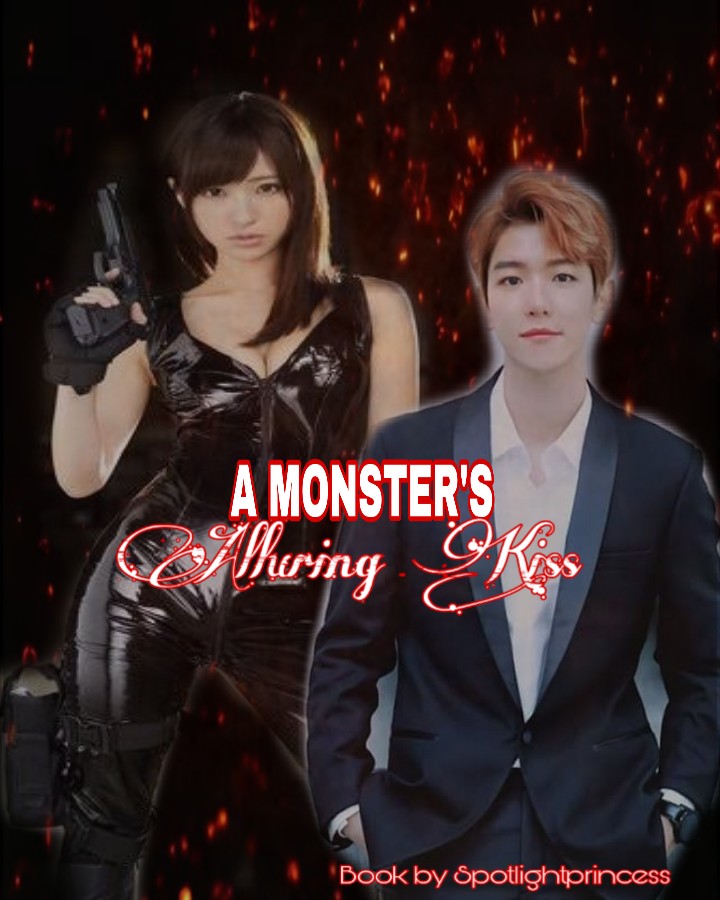 Hitting his hand away, Dana pointed the gun to his forehead, ready to pull the trigger.

"Goodbye moron." She said but just before she could pull the trigger, her phone suddenly rang out.

Checking the caller ID, Dana rolled her eyes before picking up the call.

Yeah I'll be there in a few." She said in a somewhat calm tone before hanging up as she focused her attention on the man in front of her and she slowly trailed the gun down his neck.

"You know death calls you but I won't let you die by my hands. You're worth nothing." She muttered to his hearing before calling out to one of her servant and maid.

"Simon show him to the boys quarter and Jessica prepare something tasty for this man, he's famished and exhausted." She instructed to which both gave a nod in agreement.

"Thank you so much My love, plus it's too dangerous to go out alone. I'll accompany you." Baekhyun said with a calm smile, sad to hear the beautiful young lady call him worthless.

"It'll be best if you refrain from addressing me as your love." She muttered with an unreadable expression on her face as she added "Plus I'm no kid, the people of Seoul fear and respect me."

"I can see that." Baekhyun replied while eying the gun in her left hand as the Mafia Boss lady invaded his personal space, causing him to swallow the bile in his throat as he stared back at her soft, red, inviting lips that curved up in a dark grin.

"Here." She started while handing a bundle of clean cash to him, causing Baekhyun to raise a confused brow at her "Take this with you. I want you gone before 7 in the morning."

With that being said, Dana walked away with her P.A Oh Sehun right next to her as the taller man sent Baekhyun an intimidating smirk.

"What sort of a son is he? He has traveled all the way to Seoul City to end his life." Mr Byun said with a frustrated sigh leaving his lips as he sat down on his old wooden bed.

"Don't say such a thing. Baekhyun is not going to die, he's my only child." Mrs Byun replied with tears in her eyes.

"You're supporting him right woman? You sure know Mr Dong and his family, they are so heartless and dangerous, they have no pity left in them. Remember how he almost ran me over with his car two years ago?"

"That was because you were busy looking at those manaquinne wearing nothing more than a bra and ." She said with an exhausted sigh leaving her lips to which Mr Byun flushed a deep red in embarrassment.

"Okay maybe I was a bit wrong but to top it all, Mr Dong made me do squats as a punishment for my inability to focus." Mr Byun said before adding on top of his voice "And Baekhyun won't stop loving that disrespectful, monster who calls herself Dana, that heartless daughter of Mr Dong!"

"Shh my love. Please lower your voice." Mrs Byun replied with pity in her tone as she sat down next to her husband "I can understand your pain my husband, plus Baekhyun is crazy for falling in love with Dong Dana but all we have to do is to hope and pray for our son's safety. He means the world to me, I cannot live without him in my life."

Gently wiping the tears off his sobbing wife's cheeks, Mr Byun pulled her in for a hug.

"It's okay now my darling." Baekhyun is doing well I guess but that does not stop me from punishing him when he returns.

Walking into her living room the next morning, Dana was a little bit surprised and much more furious to find the handsome male still in her mansion, causing her to walk a little closer to him with a death glare evident on her face as she watched him comfortably sitting down on her couch, shirtless with a blue sweatpants on as he handled the remote control, trying to get a suitable channel for his regular morning exercise.

What surprised the mafia

Please Subscribe to read the full chapter
Like this story? Give it an Upvote!
Thank you!
← Previous Chapter
Author's Thoughts
Hey Guys!
CHAPTER 2 OF A MONSTER'S Alluring Kiss is up. Do check it out and please keep the upvotes and comments coming. ♥
Read More →
Back to Top ↑
No comments yet
Back to Top ↑
Foreword
Promoted - Advertise