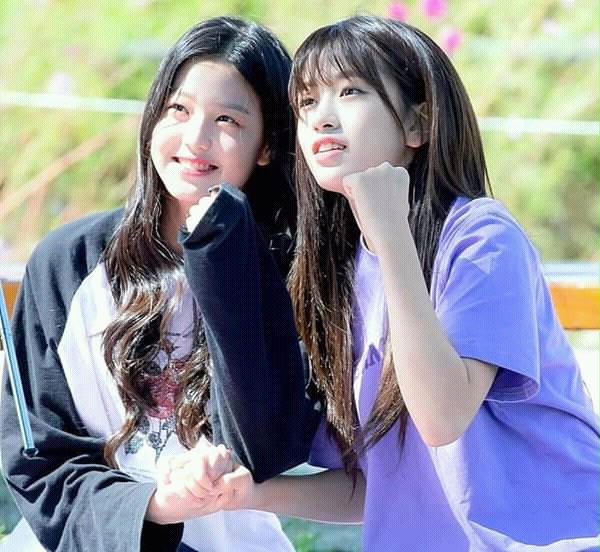 Wonyoung just arrive at school.......Everyone gathers at the gate and ready to take a picture of Wonyoung since its been a couple of months.....they really want to see their goddess Wonyoung.

(student2-boy): yeah....no one can beat her angelic face in this school.

(student3-girl): speaking of having an angelic face,belongs to one of the richest family in Korea......There are rumors that she's smart too imagine she's always at the top of her class.

(student1-boy): it's not a rumor you idiot. My friend became her classmate last year.He said that she's really smart and she always got a perfect score or 1 mistake only.

(student2-boy): She's my type im going to confess to her later.

(student2-boy): push me to her when she goes to our direction ok? SHE'S COMINGGGGG HURRY HURRY PUSH MEEEEEEEE!!!!!

​​​​Wonyoung is now walking like a model at the middle of many students. There are many students who blocks her way but they're pushing each other so they can give their campus crush a way so Wonyoung can walk comfortably. But one of the students caught their attention this guy accidentally bump at Wonyoung because someone push him. Wonyoung was about to land at the ground because of the strong impact she got at the guy but suddenly someone catches her before she falls.

Are you alright miss? Yujin said.

Yujin was shocked and immediately get her hands away from the girl she just catch. She didn't know that it was Wonyoung since its really crowded at that time. Wonyoung landed at the ground with a strong sound.

Hey!!! she shouted because it really hurts Why did you dro-

Wonyoung's word was cut out because its the first time she saw ann angelic face like her.

I'm so sorry miss Im just shock because your beauty is like an angel I thought I was imagining things. Yujin said in a sweet voice.

Yujin handed her hand to reach Wonyoung's hand and at the second time she ask if she's alright then Wonyoung immediately reach Yujins hand.

Y..yeah I'm a-alright...Wonyoung replied at a soft voice. I can't even look at her watdafac ughh she's really pretty.

Yujin saw how Wonyoung cheeks became as red as tomato so she taught this girl is embarassed on what happened so she immediately tell the other students who's watching them to go their own rooms.

Uhmmm all of you who's watching this now please go to your own rooms it's already time all of you might be late to your classes I'll take care of this mess.

(student1-boy): Who's that girl? This is my first time  seeing her here are we going to listen to her?

(student2-boy): But she's too young to be a teacher but she's pretty If i have no chance to confess to Wonyoung then I'll just confess to her.

(student3-girl): Let's just go back she has a point. Our teacher might scold us if we go to our class late in our first meeting.

All of the students are now going back to their classrooms. Wonyoung was about to leave  when suddenly Yujin held her hand.

W..what are you doing? You said were going to be late? Then why are you stopping me? Are you going to kidnapped me? I knew it you just  dress like a teacher soo the guards won't notice youuuuuu.....SOMEONE HELLLPP HELPPP. (Wonyoung shouts*. But if she's going to kidnapped me I'll go with her nicely and obedient.)

What are you talking about Im just going to ask if you know where  is Class 4 section 1, since its my first time here I dont really know where am i going to. Yujin said nicely.

S..so you w..won't kidnapped me? (watdahel I'm over thinking again its so embarassing god please take me now my life is a mess right now.)

Ofcourse why would I? (If only police don't exist Ill definitely kidnapped you. Yujin smiled)

Wonyoung smiled happily like she just won on a lottery she can't believe that this beautiful teacher will going  to be her adviser for the whole year.

So let's go I don't want to be late since I'm a teacher. Yujin said and wink.

Okieee. Wonyoung held Yujin's hand and lead the direction to their rooms.

Hi there I really appreciate all of you guys who just read chapter 1 and 2. Im so sorry if my story really and my grammars are wrong and I may not give you some 18+ scenes right now (watdahel am I talking??) Coz im really young. But i'll promise that i'll make one or more soon. Soorry for the age adjustments.

I'm not really into (Yuri) girls love. I prefer () boys love. I really wanted to make a fanfic about pdx101 but i'll just wait until my boys debuttt (I wish Son Dongpyo make his debut) by the wayy please support Pdx101 thankyouuuuu. <3 This is now available on wattpad, same author name and same title