Despite being a noble-born, Tao has never liked the idea of slavery, so how did he end up buying Yifan through a slave auction?

Moreover, how did he end up falling in love with him? Is Yifan truly a man with no identity?

Or is there something about his past that brings Yifan to him? 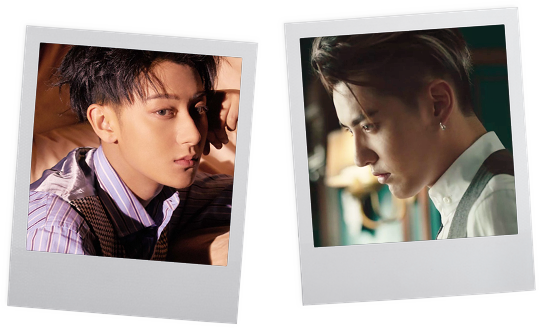 Story and graphics by me

No translation or adaptation allowed because people steal my work :(

A member of a ruling class or of the nobility. They are ranked under royalty. They possesses more acknowledged privileges and higher social status than other classes in the society, and with a membership thereof typically being hereditary. An aristocrat will be granted their first slave once they turns eighteen, indicating their coming of age.

A person who is neither a noble-born nor part of the aristocracy. A romantic relationship between a commoner and an aristocrat is often viewed with disapproval. Most of the time, in order to get married legally, an aristocrat has to drop their noble status and become a commoner.

A person who is the legal property of another and is forced to obey them. Most of them are treated like animals instead of people, as they are often seen as pets or collectibles. Once their contract is signed by an aristocrat, their life and human rights will be handed to their master. A slave can only have one master, but a master can have many slaves. A slave has a collar around their neck that will be taken off once they become a servant.

A person who performs duties for others as a personal attendant. All servants start off as slaves, but not all slaves can be servants. The title is given by their masters once they have formed a strong bond of trust between each other. Once a slave becomes a servant, they usually serve for the family as a maid or butler, but some of them remain as personal servants.

A male who is able to conceive and give birth. A lot of times, they're treated the same way as women, but not all. There's only 10% population of carriers within the world. Carriers are somewhat more typical among aristocrats than commoners.

• Featuring master!Tao and slave/servant!Yifan
• Tao is the typical bird in a gilded cage and Yifan somehow becomes his bodyguard lol
• This fic contains mpreg which means males are able to get pregnant and give birth. Please don't read if you're uncomfortable about the theme as I don't take negative opinions about it afterwards!
• This fic contains fake scientific explanation about how fertility cycle and pregnancy works in a male's body. Might be disturbing for some people, so I'm warning you here!
• English is not my main language, beware of grammatical errors

Please do not tell me to update or ask for it or say anything related to 'update soon' or 'pls continue' or 'next chap pls' etc. You will get it when it's done because I write when I can. You're reading this for free, be patient and respectful or don't read at all. If you still do so, no matter what your reason is, you are being rude to me so I have the right to be rude to you too. Please respect others if you want to be treated with respect, or else I will block you. (✿◠‿◠)

A/N
Idk what I'm doing with this don't ask me lolll this fic is going to be a mess I can sense it
I've had this idea written down since early 2017 and then it got abandoned, so I only started picking it up recently and REWRITE EVERYTHING
This fic is like those asian tv series with many family dramas, romance dramas, revenge and all that HAHAHAHhaha ha ha
Also it has the upgraded version of mpreg compared to my last mpreg so it should be a fun ride ( ͡° ͜ʖ ͡°)
Thank you for clicking and I hope you'll enjoy the story!
♥

Next Chapter →
Author's Thoughts
27/09/20 - oMG this got featured guysss wHATTTTT ??? I didn't expect this considering taoris fans are disappearing day by day bUT THANK YOU for sending another fic of mine to the featured section (T⌓T)
Read More →
Back to Top ↑
No comments yet
Back to Top ↑
Foreword
>> Collapse chapters <<
Promoted - Advertise

A mysterious encounter with a man named Baekhyun turns Bomi’s life on its head. When she also catches the eye of his unpredictable clone Baëkhyun, she’s in for a ride. // X-EXO AU