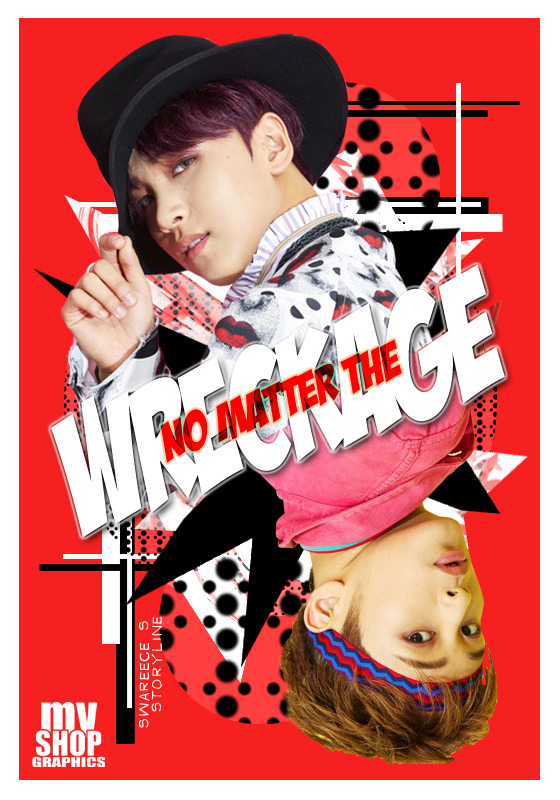 Why are we so different yet so alike?

It wasn't a coincidence that Mark and Donghyuck were destined to be soulmates. No matter the wreckage, Mark never doubted Donghyuck would always be there to stand by him - even if the world was against him. So venturing into his college years seemed a tad bit frightening at first, but befriending new people doesn't prove as much of a challenge to Mark after all. Heck, he even befriends his fellow professor, Mr. Robert, in between classes.

Why is it so hard saying goodbye?

Why did you come back?

The question surrounding his birth was always a touchy subject, especially if he brought it up to his aunt. But never did Mark expect his faded past to return without notice, with the very person he respects, claiming to be his actual father. Mark can't bring himself to accept the truth, much less forgive the crook that costed Mark his whole life, causing a chain reaction of his mother's death, his traumatic experience and ultimately - his mental illness.

Little by little, Mark's nightmares begin to resurface. From the overload of assignments, the numb process of healing after a breakup over a phone call, to the thought of meeting Mr. Robert in class - he decides to run away. Unintentionally leaving clues behind, Donghyuck follows the trail in hopes of finding Mark before it's too late. Questions of family, friends and feeling estranged from the world are pondered in the third and final installment of the Human Touch trilogy.

I stared at the single stick of cigarette between my fingers, that was ignited by the lighter Timothy left in his underwear drawer (he did say sharing was caring after all...) Technically he never said I was prohibited from smoking from his pack, he might have assumed that I wasn't the type to smoke - I never thought about trying to smoke in a lifetime, so maybe that was why. Nonetheless he didn't seem to stir from his hangover, so without thinking, I put the cig in between my teeth and inhaled a mouthful-

Immediately I coughed it all out, after the smoke had seemingly filled my lungs. I could feel myself suffocating from carbon dioxide and tobacco, I threw the cigar out of the window and grabbed for a glass of water on the nightstand. After chugging it all down, I slumped even lower against our dorm walls. Just how much of a joke can you be? I asked in my mind. Everything I was doing to myself seemed pathetic to begin with, since I couldn't accomplish any of them perfectly. I gazed at Timothy who was passed out on his bed, and looked at the mess he was - drunk, dishevelled, yet he was perfectly fine with it.

Reflecting upon myself, as much as the two of us were from different worlds - I couldn't help but envy him. Unlike me, he had a life he was comfortable with, he was comfortable in his own skin too. He could wake up the next morning, despite being hungover, still step into class for something new to hope for, he could gaze at whoever he liked (specifically guys in that matter) and daydream all he wanted to. I wasn't in that case, all that flooded my mind was paranoia and stress. Yet I couldn't lift any of that off because I was so pathetic - I didn't have the guts to take a shot of booze or a puff of smoke...

Then I saw the red Impala Doc gave me parked outside our hostel, the most absurd idea popped into my mind. Maybe it was better to take time off things, to rid my worries of the world even just for a moment (how long, I was not sure yet) and just escape misery for a second. The more I considered it, the more tempting it felt to just disappear from existence - to simply run away.

Everyone would worry, that was what I thought about. Aunt Tiffany wouldn't want me to do anything stupid, including Doc, and Donghyuck would flip if he knew my plans (he would kill me himself); but I knew if I didn't do it, I would regret it for the rest of my days. It would be almost like a movie or fiction, where I dissolve into an abyss and no one would even interfere the next morning when I open my eyes, just escaping my problems in my problematic life. Becoming a shadow didn't seem like such a bad idea after all.

I grabbed the keys and crept out the room.

Credits to MYSHOP for awesome poster!! Go check them out!

Next Chapter →
Author's Thoughts
Once again, I am so so terribly sorry for going silent for so long T_T
Read More →
Back to Top ↑
No comments yet
Back to Top ↑
Foreword
>> Collapse chapters <<
Promoted - Advertise

Byun Baekhyun, a rising formula one driver, is a misogynist who falls for feminist Jung Ryujin.