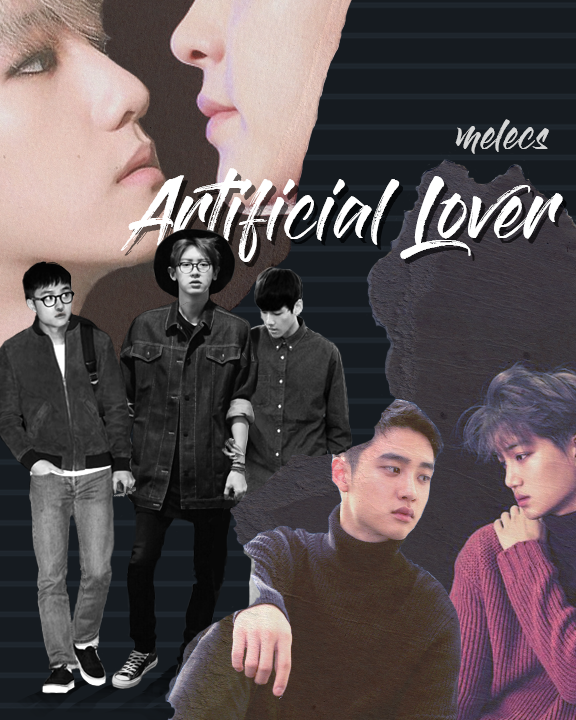 The once-passionate romance between Chanyeol and Kyungsoo comes to a rocky standstill as Chanyeol places work over his relationship and Kyungsoo starts craving independence. After Kyungsoo walks out one day in a fit of frustration, Chanyeol downloads a popular electronic dating app. What he believed to be a harmless game ends up turning Chanyeol’s love life around; he now has to juggle both his dying relationship with Kyungsoo and his digital affair with Baekhyun—a perfect man who may never become real.

Rating: Currently T, but rating will go up to M.

Set in a futuristic universe where artificial humans are the new dating trend.

Hi all, welcome to my first EXO fic lol EXO was one of the first K-Pop groups I ever heard way back in 2012, but was never suuuper into them until this past year:) Obligatory long notes—If y’all have seen the Taiwanese BL film ‘Customized Companion’ (it’s a 2017 release, would totally recommend) this fic is based off the plot of that film. I’ve written a fic based off a BL film before and while I followed some story elements pretty closely there, this fic deviates a lot from the original ‘Customized Companion.’ I did not re-watch the film before writing this because I wanted to experiment with this advanced-tech universe and really ‘customize’ the base plot to fit my own writing style. And as I was very disappointed with the ending of ‘Customized Companion’, as I’m sure lots of people were, be expecting an entirely different (but equally heart-wrenching) end here. By heavily observing my roommate and her dysfunctional relationships, I’ve prepared well for writing this fic :) Enjoy ♡.

Please let me know what you think! I initially began writing this to work on my skills in foreshadowing, so that's somehting to look out for. This is currently a work in progress, and I wanted to publish this first chapter to get a sense of how people enjoyed it. I have the entire fic outlined, and I'm planning 8-9 chapters at ~5k words each. Be prepared for drama, secrets, , and some fluff as well. I put my social media below so you guys can give me feedback that way, too (or just to chat)!

Thank y'all and enjoy ♡.

Life wasn't fair to Byeol after the death of her parents. So much suffering was inflicted on her by her stepmother and stepsister. What is the fate of Byeol when her high school arch enemy, Byun Baekhyun turned out to be her stepsister fiancé.