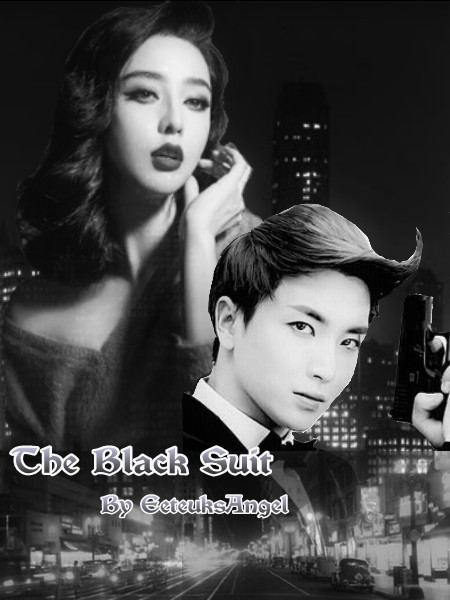 Prohibition is long over, but the effects of it continue to be felt in the heart of the city. While many of the good and honest men are off fighting overseas in the next World War, crime and depravity run rampant on the home front. Gangs rule the city streets and the nightclubs. There's little the police force can do to protect the innocent against such an overwhelming force...

Police Detective Leeteuk Park is on a mission to take down the biggest crime boss in the city in hopes of destroying the very web of crime that threatens to choke the city. His only chance of toppling the crime lord's empire is to enlist the help of Jieun Choi, a woman with a dark past, to take down the man only known simply as the Black Suit.

Thank you, SpringDayVMin with Quixotic Multi-Shop for making the trailer! It's absolutely gorgeous! Thank you!

Wisps of fog spun in the chilled night air from the open window of a black Ford Mercury. Two figures sat in the vehicle. The man in the driver’s seat stared out of the windshield, his dark eyes barely visible from beneath the black fedora that hung low on his face. He kept his eyes trained on the street past the alley.

The man in the passenger seat let out a sigh, causing a wisp of fog to curl into the air. He folded his arms in front of himself. “It’s cold,” he muttered. “I bet our informant is just trying to freeze us to death, eh Chief?” He wrapped his scarf tighter about his neck as he let out another sigh, another wisp of chilled air spinning about.

“I hope Officer Lee’s information is correct,” Police Chief Leeteuk Park said quietly. He tilted his head toward the open window, straining to listen for any signs of their informant. He stretched his left arm, turning his wrist to glance at his watch. He narrowed his eyes as he looked at his watch, trying to decipher the time in the dim light of night. “It’s 1:14.” Leeteuk pursed his lips. The informant was late; too late to attribute to an ordinary cause for delay...