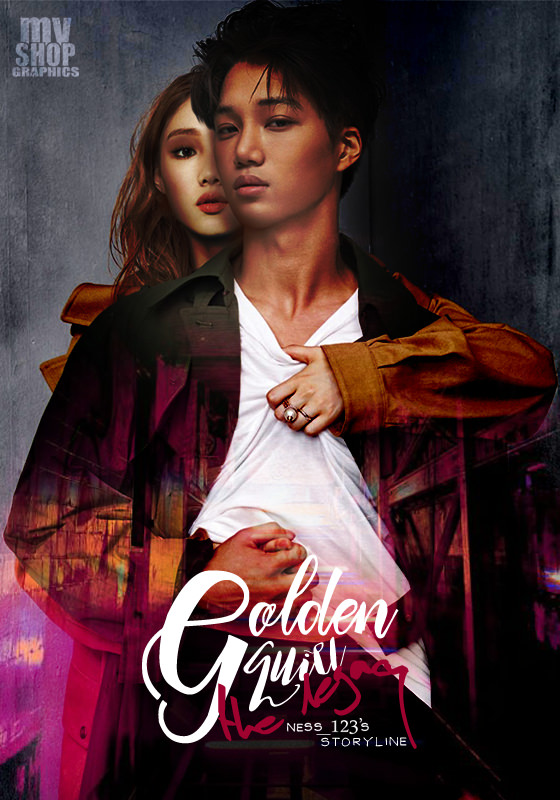 They're EXO, the kingkas and she's a transfer student with a secret. Her mission to seduce and destroy. Sung Kyung must save someone she loves, and Kai is the one standing in her way. Kai is searching for someone but he will put his past behind him, all for the mysterious girl who draws him into the dark underworld of clubs. This is the sequel to the Golden Quill - a drama about 5 families and their quest for power, acceptance and above all, love.  This is like a soap opera where you read about characters everyday life.

This is what you need to know:

Note - if you want more background information on the families then you can read The Golden Quill. Part one of the Golden Quill featured Lee Soo-hyuk, Jung Hoseok, Min Yoongi, Jeon Jungkook, Kim Taehyung and Namjoon as main characters.

Also for the sake of the story, names and ages are altered. The characters will still look the same though.

Their family names are:

Thank you so much for the amazing poster! It's exactly what I wanted and creates the right feel for the story. <3

Next Chapter →
Author's Thoughts
Just posted teaser 2 for Golden Quill the Leaders - Hope you're excited cause I am!
Read More →
Back to Top ↑
No comments yet
Back to Top ↑
Foreword
>> Collapse chapters <<
Promoted - Advertise