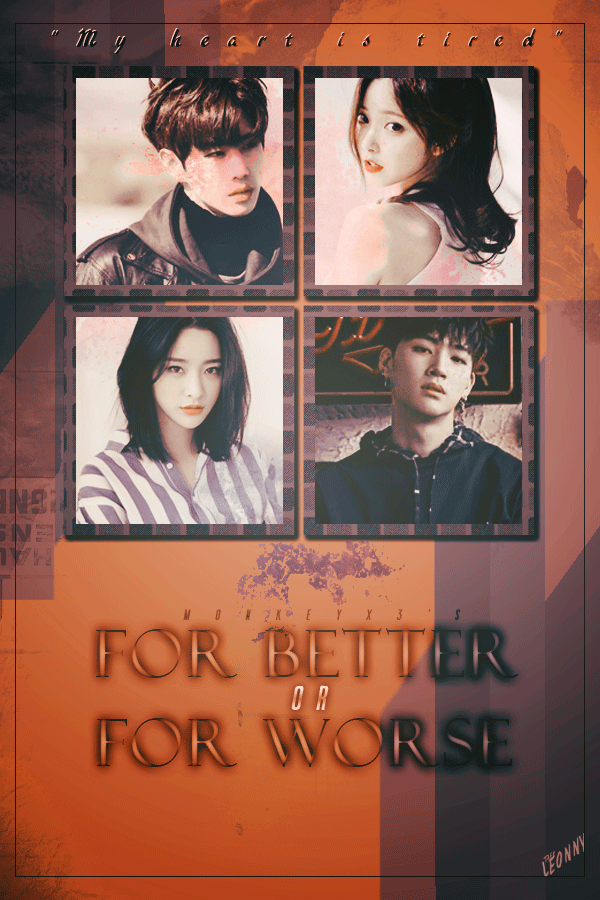 It has been five years since the wedding. Jaebum and Miyoung had graduated. Jaebum is now in charge of his father’s company. Miyoung hold the CFO position in her family’s company while her brother, Jonghyun, hold the CEO position. The parents, although stepped down, are still chairmans. Rahee managed to become a successful musical actress. Mark, now more mature and grown, is a freelance successful photographer. Rahee, after having a successful career in France, decided to come to back Seoul to advance her career. Little did Miyoung and Rahee knows, the return would cause a misfortune to them, both friendships and personal.

Miyoung Kang (27): She has been married to Jaebum In for five years now. Since graduating from college, she helps manage the company with her brother as the CFO. In college, she told herself that she would not date as she wanted to focus on her study. Although she managed to do that, deep down, there was someone in her heart. However, by the time she realized what her heart wanted, it was too late. Accepting her fate as is, she tries her best to make her marriage bareable. When her best friend, Rahee Oh, came back, she was excited, but not for long.

Rahee Oh (27): After leaving Seoul to study musical acting in France, she returned to advance in her career. She was recruited by Miyoung's company to be one of their lead actresses. When she came back, she was happy that not much has changed. When faced with her love, she remained strong to not hurt those around her. However, that too became short-lived, for nothing can be kept a secret forever.

Jaebum Im (27): He has been married to Miyoung Kang for five years. Like Miyoung, he manages the family company as their CEO. He kept himself busy with work in order to avoid seeing his mother; she constantly nag when they will produce grandkids for her. He still have not forgtotten about his true love. Although he can't be with her, his love for her never stop. When she came back, he had to restrain himself from misconduct. He soon learned of a secret that was meant to be kept.

Mark Tuan (28): He is best friend of Miyoung Kang since young. Although he harbored feelings for her, he was rejected multiple times. Once a playboy, he has turned his life around and is now a mature man. He travels around and photograph models. After traveling for a while, he decided to return to Seoul to see his friends. When he returned, he learned some information that he was not ready for.

Hey all! This is the second season to the first story, Unfamiliarity:: Tsundere, except this one will be more cohesive and, hopefully, well-written because it no longer deal with them being college students, but rather adults. I hope you all will enjoy this. Do remember to subscribe to be notify when I update (which is will at least once a week!)