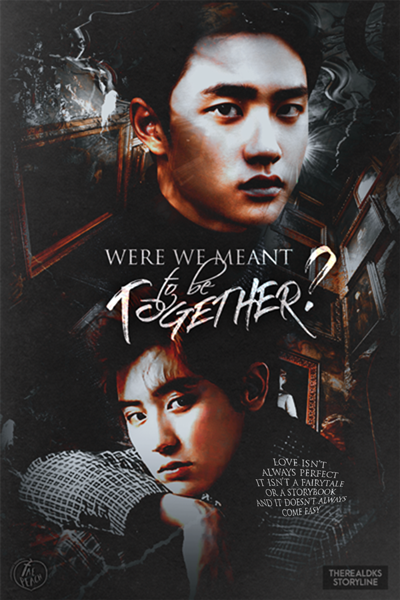 Kyungsoo had no idea that filling some random form would lead him to an arranged marriage with none other than Prince Chanyeol.

A/n This is my second story here and this will mainly focus on Chansoo.

The main pairing is Chansoo.

The story will be updated by tonight, if not tomororrw.

It will be Modern Royal Au and Arranged Marriage AU with Prince.Chanyeol and Civilian.Kyungsoo.

Other characters will be revealed later.

Credit to ❊ fairvoyance graphics｡ for the amazing poster and background. Make sure to check them out!

Credit to my friend Sharon for making me this amazing trailer. I'm really thankful to her for this.

“What do you mean that I have to get married to him? I don’t even know his name!!” Chanyeol said frustrated. He doesn’t understand why the hell his father wants him to get married to a normal civilian! “I don’t want to listen anything. What I have decided for you is final. You will get married to him. That’s it.” His father said with utmost authority. “But father!” he yelled. “Enough. Your father has made the right decision for you. Its time you get married and more over Kyungsoo is a good guy. You will be happy with him.” His mother interrupted. Chanyeol sighed dejectedly because he knows that there is no way he is getting out of this. He has to, no matter what, marry this guy named Kyungsoo.

“What do you mean I am getting married to the Prince?” Kyungsoo asked with utter disbelief. “I don’t know Soo but its what it seems to be. You have been selected for the Prince…” Yixing said sympathetically. “But how the hell did this happen? I don’t understand… I just filled some random form and the next thing I know is that I am getting married to the Prince! Does this even make any sense?” Kyungsoo said, still in shock.

A/n I know it's not that impressive but please give this story a chance.

Next Chapter →
Author's Thoughts
Thank you everyone for making this story reach this far! Thank you for helping it to get featured. Without your help it wouldn't be able to come this far.
Read More →
Back to Top ↑
No comments yet
Back to Top ↑
Foreword
>> Collapse chapters <<
Promoted - Advertise

Junmyeon's a single parent of three struggling to survive, everything around was bitter until a stranger came in his life at the right time and right moment, can Jongin bring some color in his sad life?