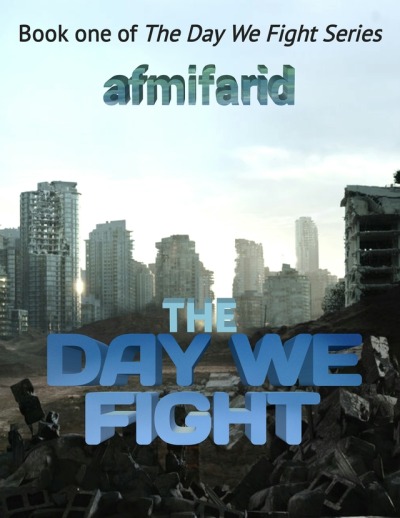 The feeling when you were left by your 'irresponsible' parents in an apocalypse. One could say that the world, or Earth on the year 2024 was destroyed by 'irresponsible' forces. Well, it's not completely destroyed except for the colour of the sky that once was blue are now red. The tall buildings and skycrapers that had stood with might collapsed and ruined.

Say thanks to those 'irresponsible' forces because of what they had created. I thought it was because one day, they made a very dangerous experiment on the Spark. It's a newly evolved virus because of the world that was tiring and almost die.

Those 'irresponsible' forces tried to infect animals with the virus. However, what they got was nothing. Those infected animals died after a few while.
Then, they tried it on humans. The result was so amazing. Based on the observation on an infected man, they found out that a person's body would be overgrown with very long furs until their face and skin couldn't be seen. Their brain would be badly damaged and they couldn't think of anything except for  living in a community where the strongest of all rules, like an ape would do.

Luhan, a lost survivor who was found by a man came from an average family. His father sells ice-cream at his newly built stall in their new neighbourhood.

After several years, he became a very brave swordsman equipped with an energy sword that was his father's. He fights alongside some other survivors whom he called friends.

This is the book one of the The Day We Fight Series.

When Seulgi wants to make a happy ending, she gets caught in a lie she never meant for to happen and a chance for something she always wanted: to matter. She just has to pretend that the love letters she wrote were her best friend Seungwan's all along.