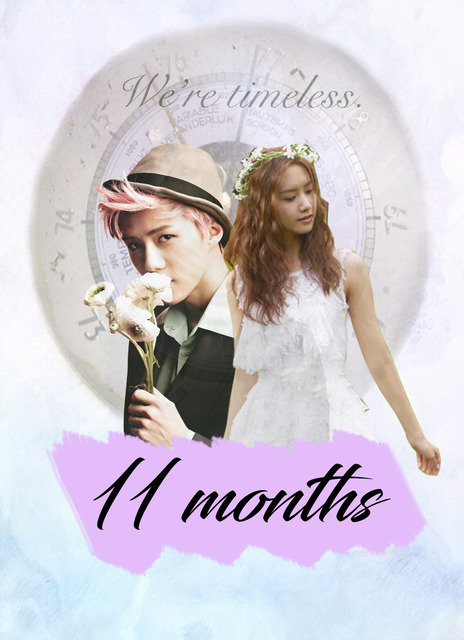 "I don't think I can stay by your side any longer."

"I respect your decision." He said sorrowfully.

As much as it hurts to let go of him, it would be harder for her to stay.

A tiny part of her wanted him to hold her back, but silence was the only thing that continued.

"I'll miss you." They both said for the last time as they turned their backs on each other.

"Don't fall for me." He joked as they were having one of their usual banterings.

"I would never fall for you even if you're the last man on earth, Sehun." She laughed as he scoffed.

"You never know, Jihyun." He smirked and ruffled her hair while she rolled her eyes.

"I don't know what other girls see you in." She scoffed and earned a smack on her head. "Yah! I am pretty charismatic, you know." He smiled confidently.

She finally understood. Because after so many years, she finally realized what she had been missing out on.

But it was too late.

Author's Note: New story due to a sudden inspiration! Please do support it as I'll be updating it soon! :)

Disclaimer: I do not own any of the characters. This story is entirely fictional and original by me, any similarities are purely coincidental.

Poster has been edited by me, but respective graphics, textures and backgrounds belong to their respective owners! I DO NOT OWN ANYTHING.