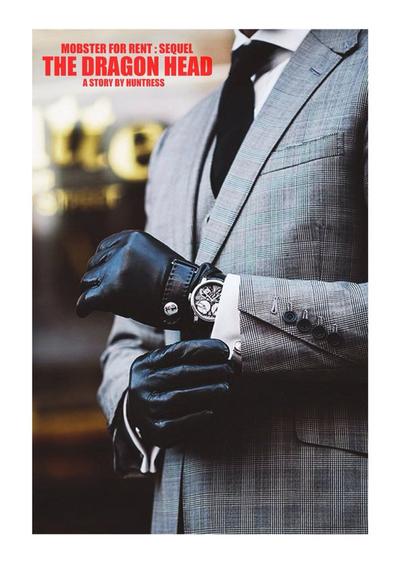 Disclaimer: This is a work of fiction and any similarity to reality is just an accident. It is not intended to infringe on any rights of the companies and individuals involved in this story. All publicly recognizable characters, settings, etc. are the property of their respective owners.

Boyfriend for Rent, minimum of one month. With free one-day trial period.

An amused smile instantly formed on Dara's lips upon reading the magazine ad while sitting in her new office. It brought back a lot of memories…precious memories of her and the guy she rented to act as her boyfriend. The guy turned out to be a jerk, with more ways than one to prove that he was an absolute genius when it comes to making her brain explode in irritation. Her peaceful life, with her anime addiction and her naïve view of the world, was completely ruined because of him. Still, he was able to steal her heart.

She must have been a little crazy in the coconut when she decided to rent a boyfriend just because she was fed up with Donghae, the person she used to like, for treating her as his drinking buddy. So many things had happened since then.

As years passed by, she was promoted as the Department Head overlooking all IT projects, Donghae was constantly out of the country for business trips, and her bestfriend Bom was still the queen of darkness, regularly poking her nose in everyone’s lives. Bom became the Marketing Lead and she could only pray that her evil reign would stop there because if her bestfriend rose more into power, it would be the end of humankind.

Her eyes shifted to the clock. Realizing that office hours had ended, Dara grabbed her bag and headed towards the door excitedly, smiling at her officemates as she walked past them.

“It looks like you have a date,” Bom, who should be in her own department (what the hell is she doing here again?), called out.

“See you when? You never have time for me, you liar!”

Dara just waved her hand goodbye while chuckling, her hurried steps not faltering. She even stared at the elevator floor number as it descended, waiting anxiously for it to reach the ground floor.

As soon as the elevator door opened, Dara dashed towards the exit, her smile never leaving her face. Her steps halted when she saw the guy at the bottom of the stairs, his back facing her and his hands shoved inside his pockets. Her boyfriend…the mobster boss and the current Dragon Head of the Triads.

Indeed, so many things had happened since she mistakenly rented him – their Kung Pao chicken pet, their trip to China, couple rings – until the two of them became official. ‘Official morons’, she thought with fondness.

The guy turned around and saw her standing at the top of the flight of stairs, staring at him with her gentle eyes. His lips curved in a cocky grin as he met her gaze.

The couple was a picture of happiness and love…of a puzzle that perfectly fits together. It was amazing how they started out – a hilarious encounter that turned out to be something wonderful. The thought of either of them loving somebody else never crossed their minds. And they promised to stay together, no matter what happened.

SURPRISE!!! Hahahaha! Omo omo omo! Mobster Jiyong and Geek Dara is back! I call KTG readers  as Cheeseborgs and I call MGP readers as Munchcubes, what should I call MFR readers?! Suggestions? Suggestions?

Anyway, another journey will start. I hope you guys are in for the ride, no matter how bumpy the road is. ^_^

HAPPY BIRTHDAY LEMONFRESH! I prepared this story for your birthday. I'm sorry if I was too late. T_T

Next Chapter →
Author's Thoughts
Hi All! FOR THOSE LOOKING FOR THE OTHER CHAPTERS - Please read announcement here: https://www.asianfanfics.com/story/view/94312/46/mobster-for-rent-1-box-se

I hid the MFR chapters as per publisher, sorry T_T