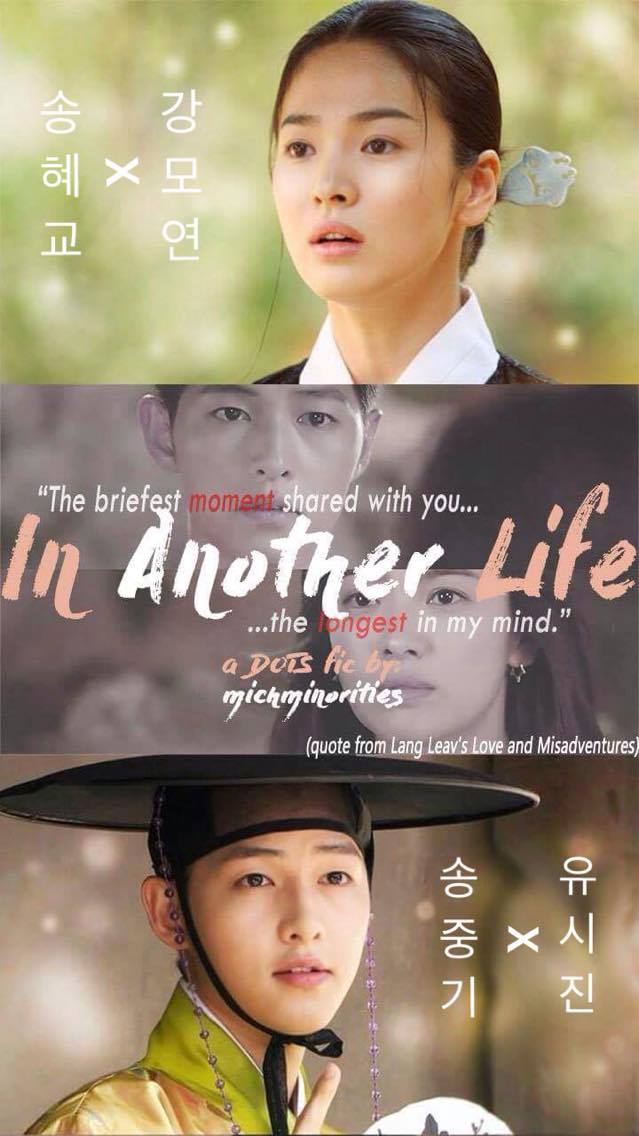 Their paths have crossed long before it has crossed again; many years before their love was rekindled, fate played to make their first meeting a tragedy.

I was watching a Joseon-based drama a week ago and it really moved me to write one with YSJ and KMY in it. It’s a tad bit serious. Kinda fluffy, but I intend this to be more inclined to the emotions.

Some things I got from the internet. I correlated them with the character’s role for this fic.

*yeonguijeong: chief sate councilor. Highest ranking official in the government that forms the State Council (Uijeongbu) of Joseon, which is the highest deliberative body of Joseon Dynasty. (Yoon Gil Joon).

*naeuri/nari: term used by commoners to address people of higher status, but people below daegam, or His Excellency.

Next Chapter →
Author's Thoughts
c h a p t e r 2 7 has just been posted!
Read More →
Back to Top ↑
No comments yet
Back to Top ↑
Foreword
>> Collapse chapters <<
Promoted - Advertise