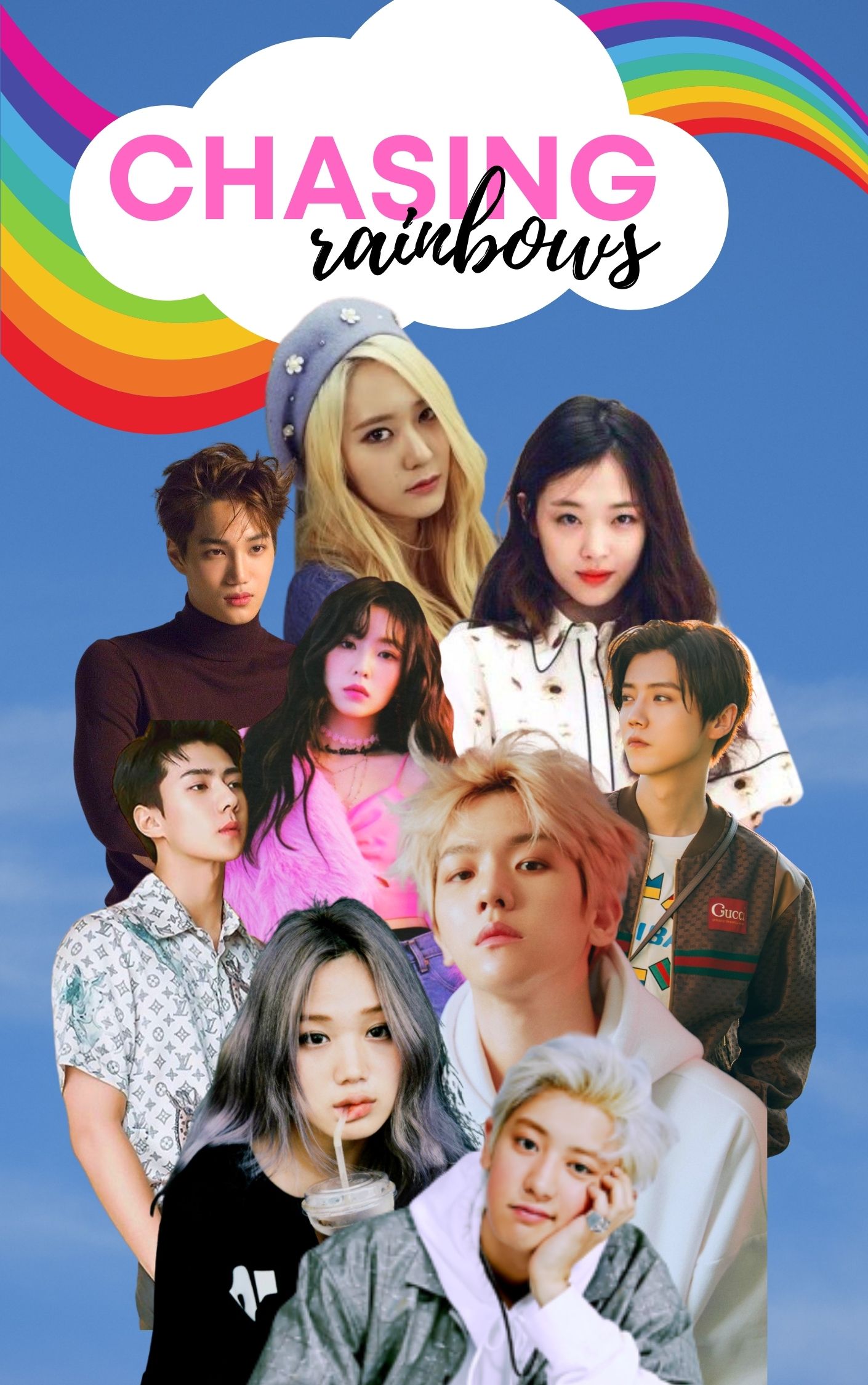 A bunch of dumb kids who promised to swear off of love, drugs and reckless behaviour, and to keep each other's secrets - this is the story of how they broke those promises...

the yearbook that they didn't want you to see.

Not a real subject, 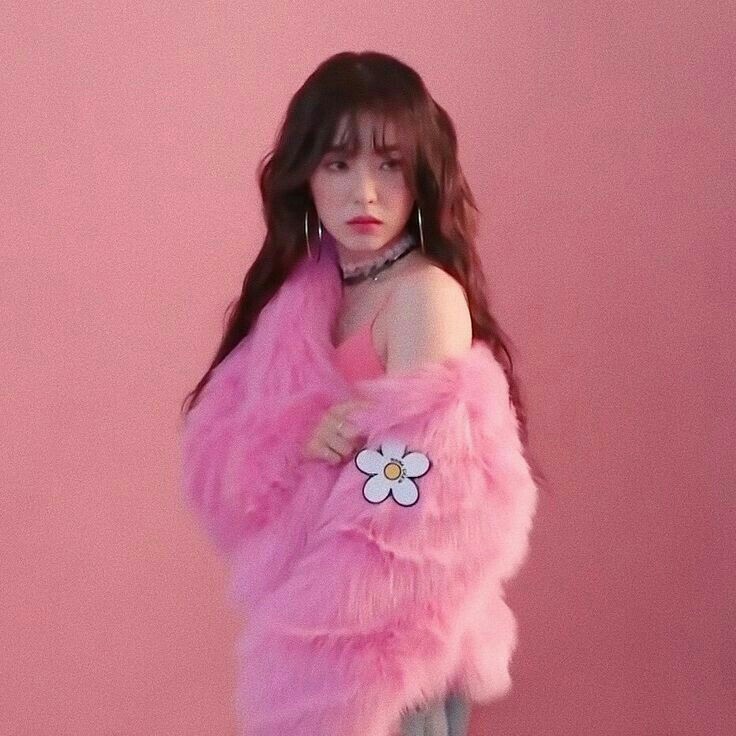 'Irene' Bae Ju Hyun: the superstar-in-waiting contributed a lot to our Drama productions throughout the years, and was greatly adored by students and staff alike - we wish her every luck as she carves her name into the Seoul elite as she's destined for an exclusive contract with KBS. Queen-B around here - 'B' meaning total Bi-atch. I'm serious, she was pure nasty. Her brother was her slave and her best friend a bully-target. She totally freaked out when the new kids arrived, that was funny. Turned out she was simply unlucky in love. Kinda' don't blame her for being so mean. 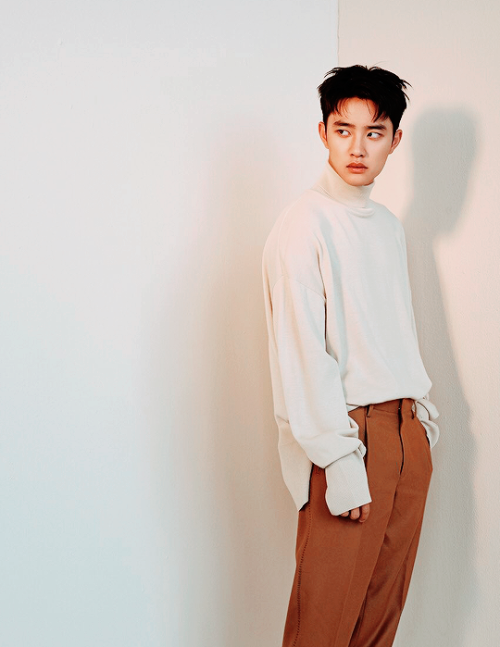 Do Kyungsoo: he may not have been the loudest person to grace the halls unlike his sister, but his stage presence was quite the opposite. Nevertheless, as a member of the Park-Do-Bae-Clan, his destiny for fame is unsurprising, especially given with his talent for singing - he will be a fine addition to the musicals of Seoul. Quiet-guy. Not nearly as popular as his sister. Didn't go out much, only liked wearing sweaters, a bit brooding (unsurprising given the class history). Turns out he also reacted to the new kids - a lot better than his sister actually. A lot easier influenced. One deep, dark secret changed it all for this guy. 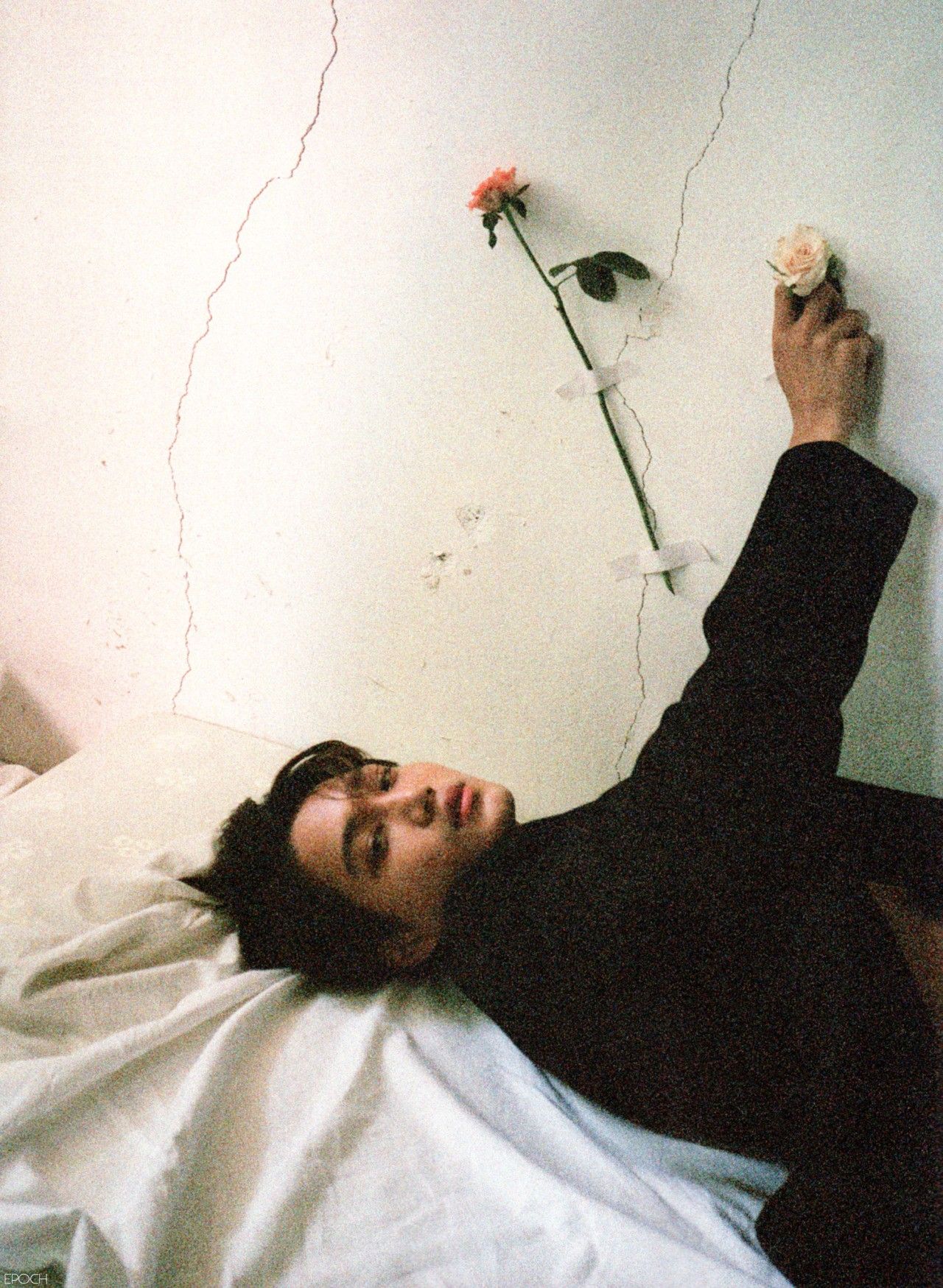 'Kai' Kim Jongin: a new addition to the year group, his enigmatic personality certainly shined through with his dancing, which is certainly above the average talent, even by our standards. We wish this young man every success in his bright future. Biual - called himself 'greedy' because hated having his options limited. Go figure. Amazing dancer, loyal friend, bad influence, curious, bad memory, sleaze, liked to party hard - that sums him up. 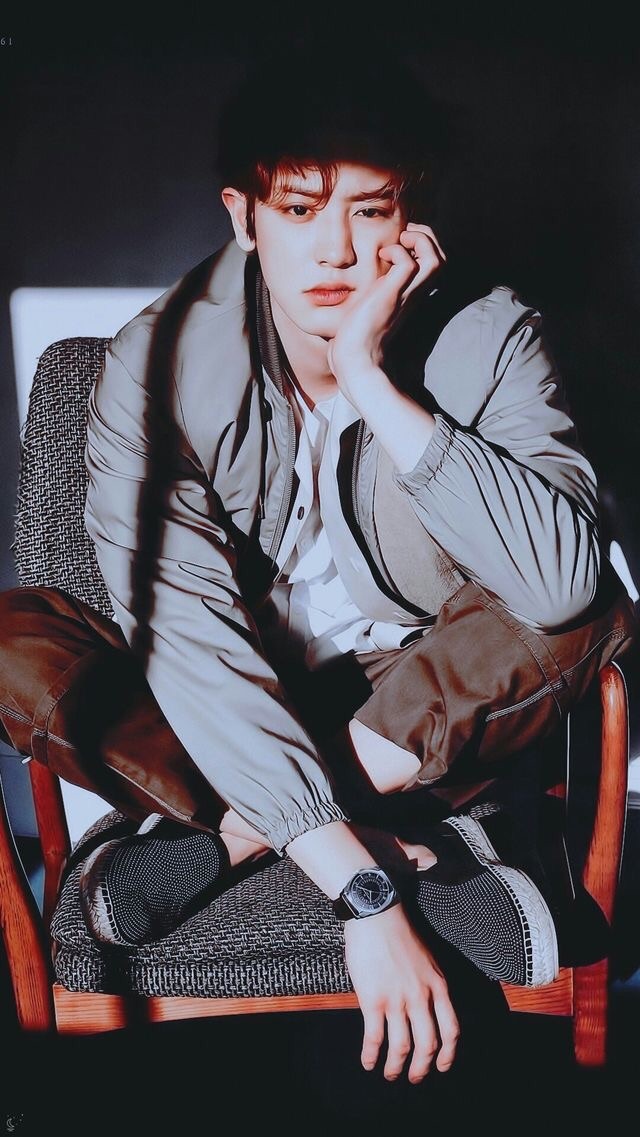 Park Chanyeol: a man of many musical and artistic talents, Chanyeol will be sorely missed when he attends scholarship-position for Seoul University of Arts, but his musical contributions throughout the years will be sorely missed. That stoner dude who liked to skateboard everywhere. He basically invented the word 'sadboi'. Smoked a lot of weed. He was best friends with a psychopath, a and a wannabe soccer-star. He was really close with these friends - but not always loyal. Pretty good with music. Smoked a lot of weed. Has a hot sister. Has terrible taste in women. 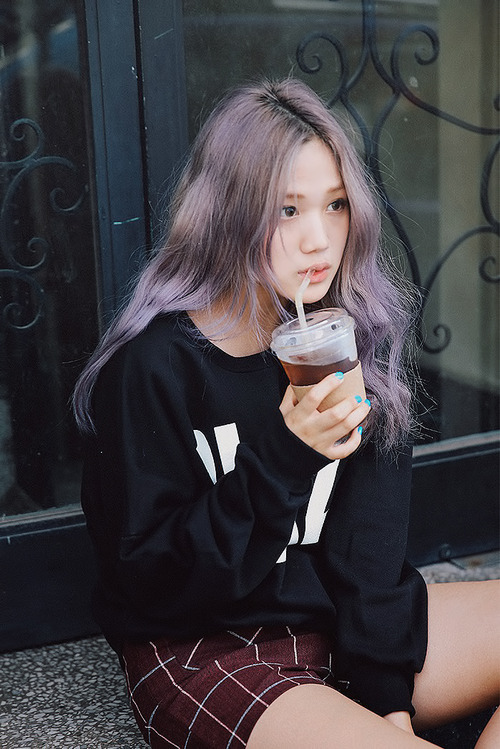 Park Kora: a recent addition to our school, most noticed for her extraordinary artistic talents and contributions to the Japanese Department here, (and not to mention trend-setting hair colour) Kora's talents and will be sorely missed when she pursues a career, even if her questionable habits won't be. New kid. Silver haired, begrudgingly beautiful, but liked dangerous things; cigarettes, alcohol, drugs, you name it . She would never be seen without her big leather jacket. Pretty good at art, pretty terrible with relationships. She had even worse habits, yet knew a lot of secrets, with plenty of her own too - oh yeah, uber mysterious. 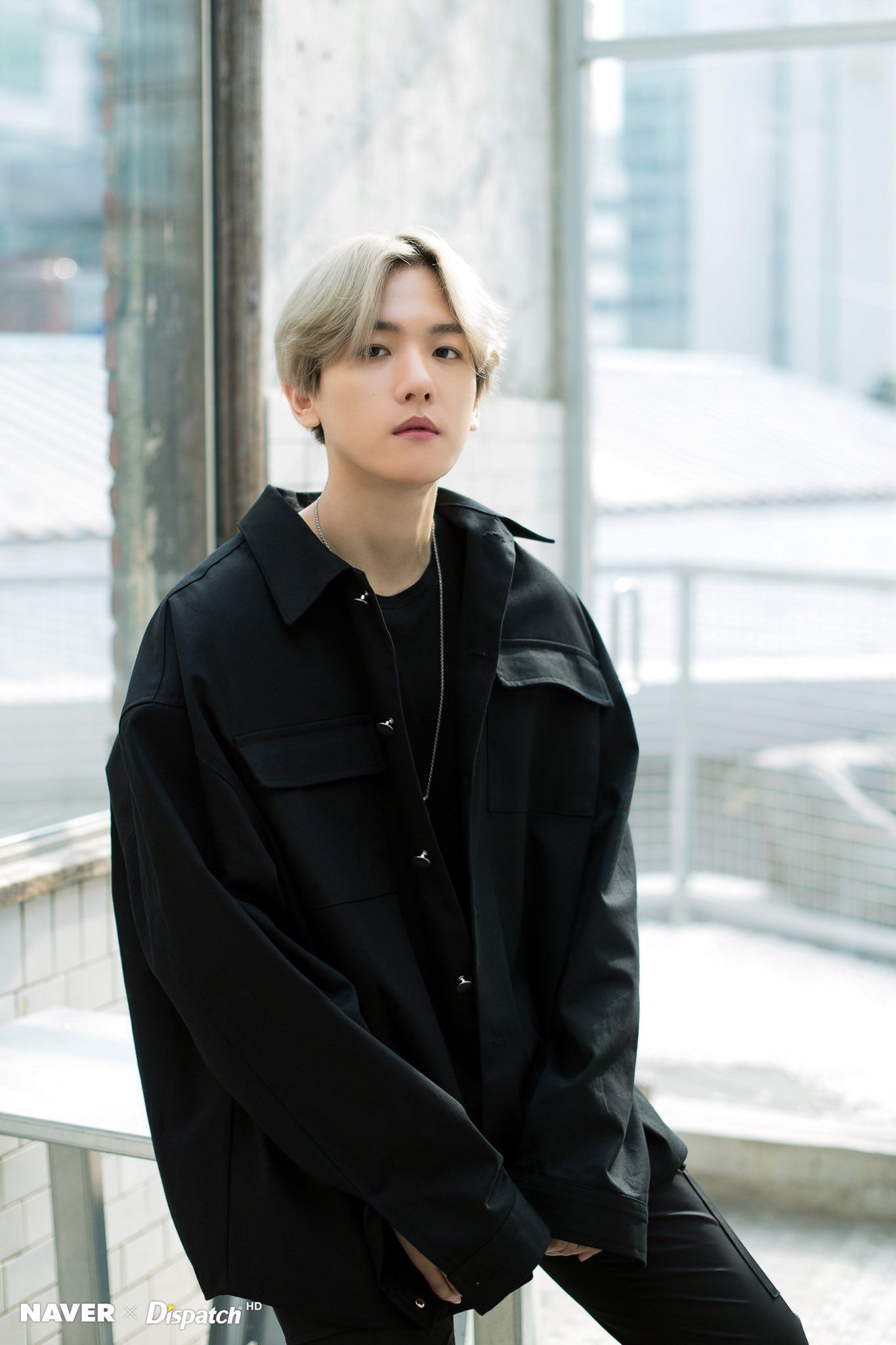 Byun Baekhyun: although not the cleanest track record to boast, Mr Byun never liked to boast of his intellect, and was known to put more work into his social life - nevertheless, we are sure he will find intrigue, adventure and success wherever his path take him. Mad-Hatter was what they called him. Rich boy, Daddy-problems, rowdy, sl*t, - he was pretty much the definition of a self-destruct personality. Verged on psychopath. His victims insist he was one. But he was the life and soul of any party, even when his best friends got tired of it, or when certain girls got in between them. 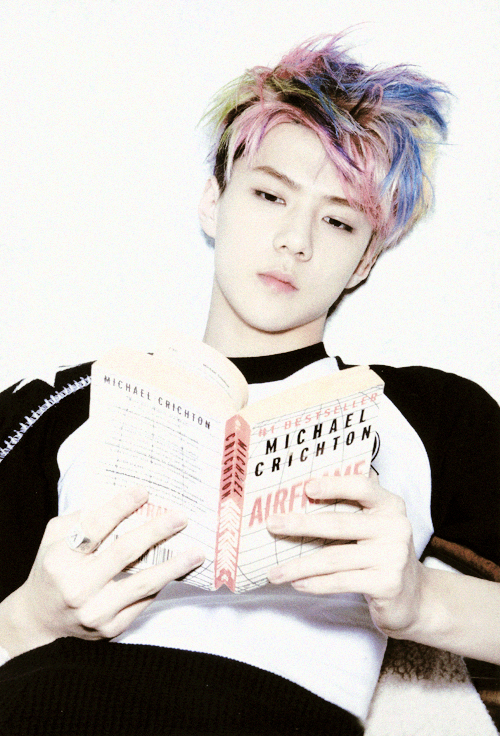 Oh Sehun: this young man is set on the path of the great technological developers that ever lived! Known for his awkward jokes, food-stained shirts and remarkably tech-savvy brain, we know that Oh Sehun will thrive in the technological world, and won't forget his roots. Right, you mean he won't forget about you teachers when he's rolling in cash? . Tragic failure in general, needed a girlfriend (or blowup doll) and to spend less time gaming. Needed to stand up for himself whenever his friends fell out, needed to speak his mind out often. His feelings betrayed him. 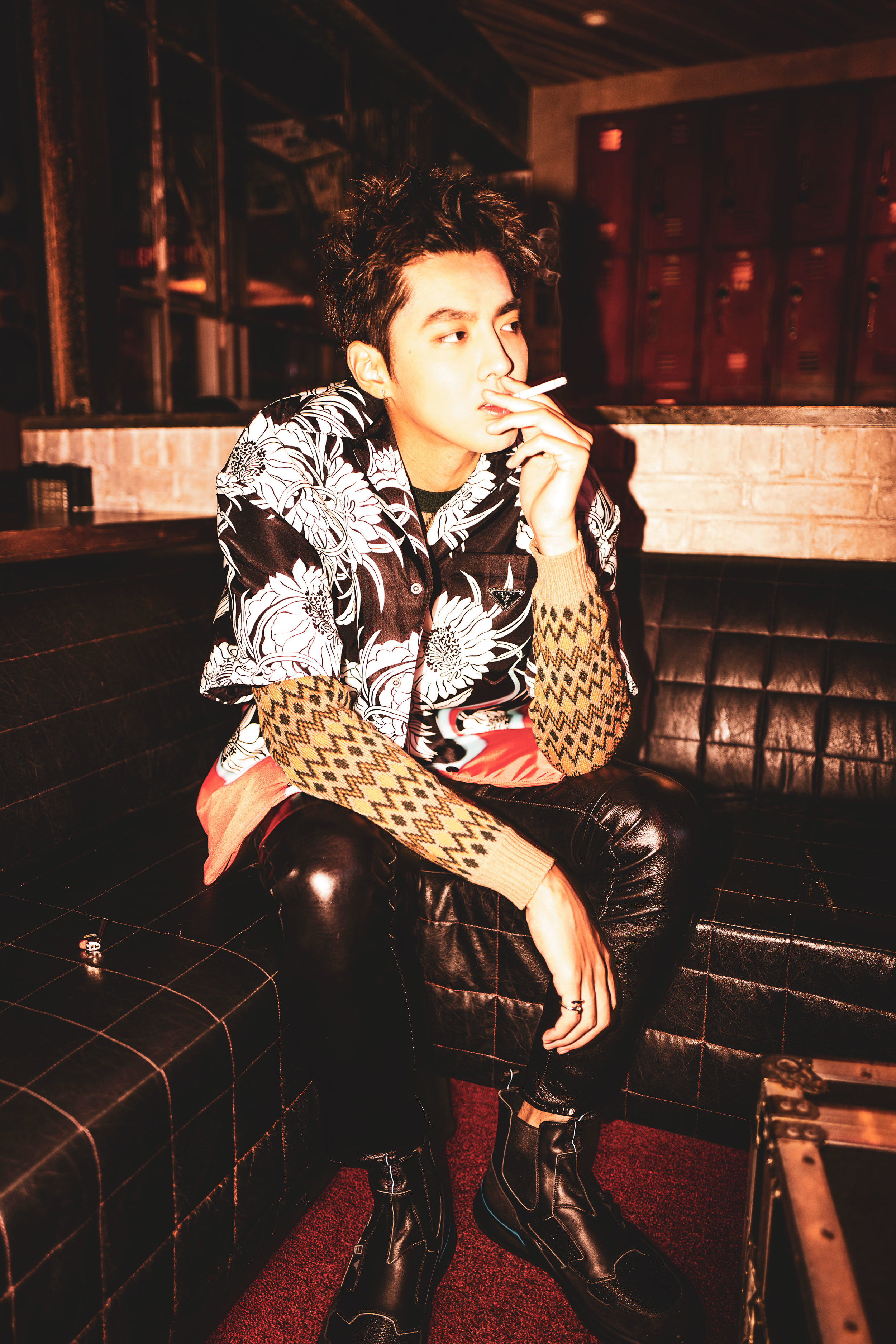 'Kris' Wu Yi Fan: heir to a multi-million dollar publishing company and you'd think he'd have been a businessman at the get-go - but Kris was our star-mechanic and engineer, often seen fixing up even the headmaster's ride now and then, not to mention often conversing with our Chinese exchange students. His contributions and knowledge will be sorely missed. Needed to sort out his love life - no, seriously. His love for his girlfriend, best friend and narcotics - his feelings were all muddled up. Biggest party animal of them all, maybe not the best idea to blow his trust-fund away so fast. No wonder he always felt he was born backwards. 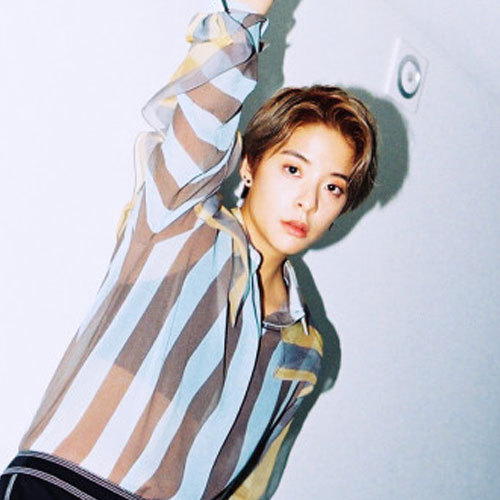 Amber Liu: the intensely opinionated and sometimes outspoken tomboy was known for her keen aptitude for psychology and for debating (in several languages too), and we are truly grateful to every contribution she made to the school, even if she didn't follow up with her middle-school achievements. They don't sound disappointed at all, do they? Skater, liked to smoke a lot, not everyone's best friend, (she used to be a lot more popular) but her best friend was probably a little more than that. Severely misunderstood, occasional troublemaker. 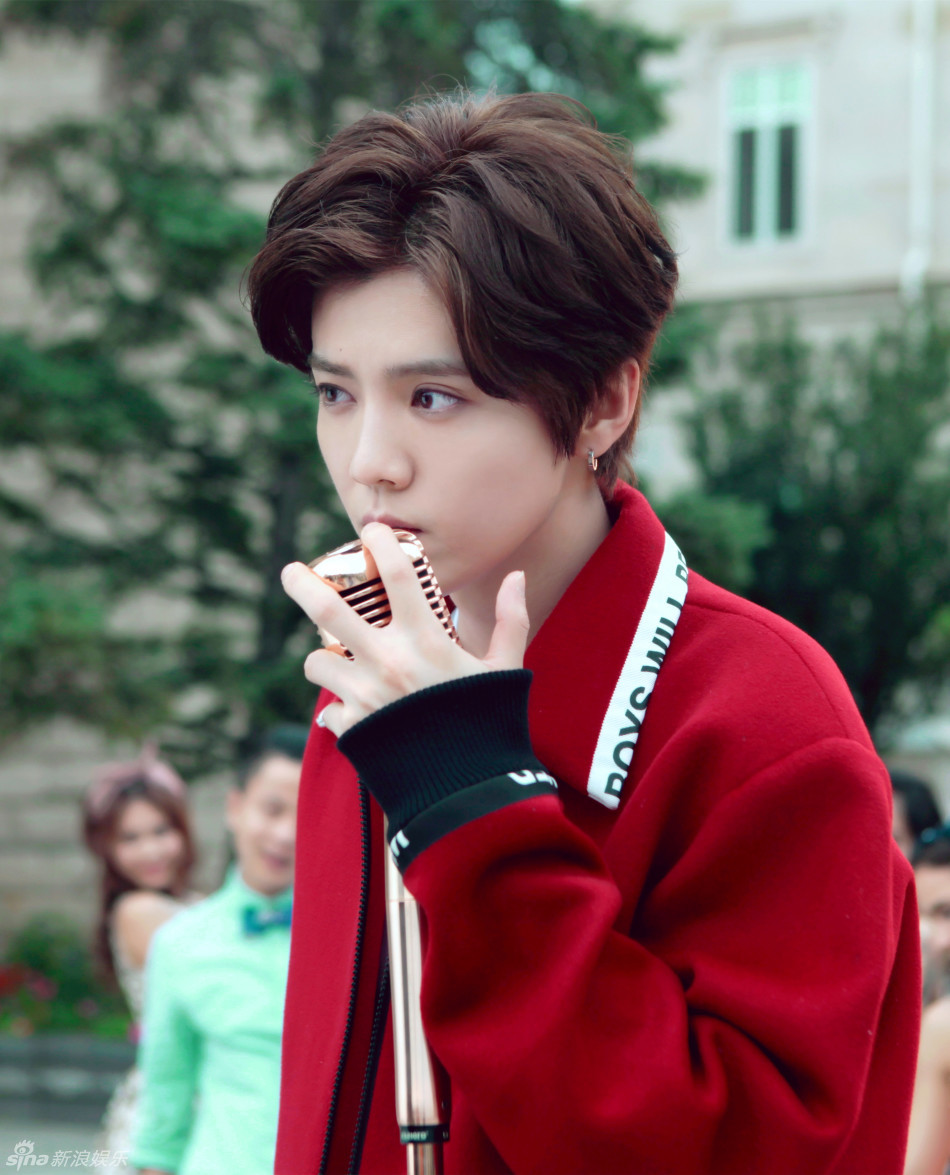 Luhan: the star Soccer Player will hopefully grace our screens some years down the line, all whilst boasting some impressive qualifications in Sciences, no matter how difficult it may have been to achieve them. Often seen as the 'Family Man' at school, his care for everyone around him, and talents on the field, will be dearly missed. Looked like a girl. Sometimes wished he was one. Good at soccer, good at scoring girls, bad at losing them. Face of and Angel, heart of stone. The Golden Boy. He was always the one separating everyone's fights, but he had little time to worry about himself or his poor grades. The new kids gave him his own "Personal Plot-Twist" - that was pretty funny. 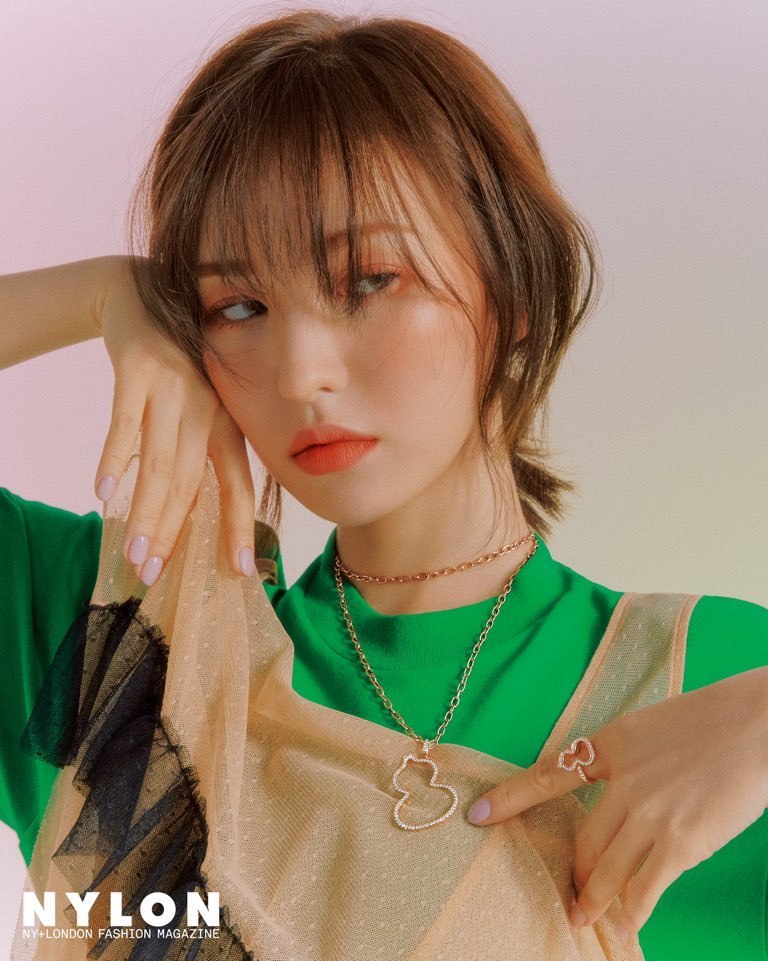 Son Wendy: she brought so much into our community, as Student Body President, ranking Number 1 consistently, and 1 half of the school's resident 'Power Couple'. We will greatly miss our genius student, and know she will find success wherever she go. Closet- - for her boyfriend only, of course , though she wasn't too sure of his feelings at times. Down-plays her brains with every joke her 'best friend' makes about it. Her perfect world didn't last long at all.

'Sulli' Choi Jin Ri: her aptitude for Psychology, Philosophy and the nature of people was evident through both her written work and knack for observation. Physical difficulties will surely be overcome in this girl's bright future. Pretty, skinny, strange and at constant war with calories - that's what I always thought. Wasn't taken seriously, but she was the biggest danger of them all. She knew all your serets with just one glance. But the party-life of her fellow new-kid besties clearly wasn't meant for her innocence. Too bad she got the memo too late.

There's only one we really cared about. Kim Junmyeon: fast-tracked onto a Master's course at Seoul National University, we are honoured to have such a dedicated teacher among our ranks, who will also be heading our pallative care office next semester. Hot. Pretty young, good teacher, curious - but his curiousity with his class got him a little too involved with them.

And now, the other players they didn't want you to know about... Tao: former prep-school kid, kicked out for smuggling and selling cigarettes and alcohol on campus till his adoring, ridiculously-wealthy parents cleared the issue up. Part-time homeschooler, part-time drug dealer and errand boy every other hour - came to deliver some dangerous parcels eventually. 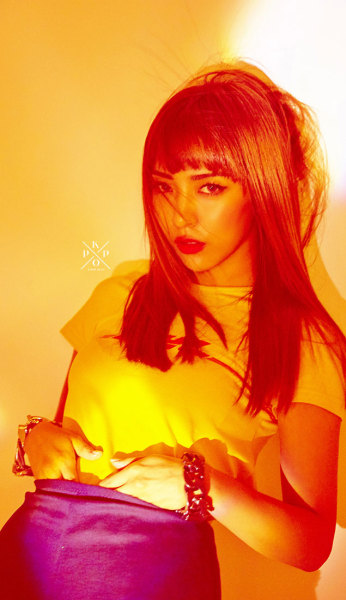 Luna: Party Queen turned trainee lawyer, Luna did pretty well distancing herself from her old life - till her friend made a life-changing discovery only she could help with. More so when old faces started popping up...With secrets like these, I'm not surprised she gave everything up in her old life. 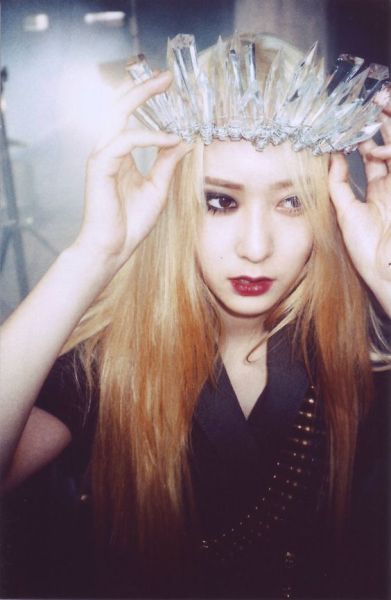 Krystal: Prodigal Daughter, ex-Queen-B and lover, Krystal was worst of them all. The dirt she had on everyone...it was no surprise hit the fan - but this time, something was different... 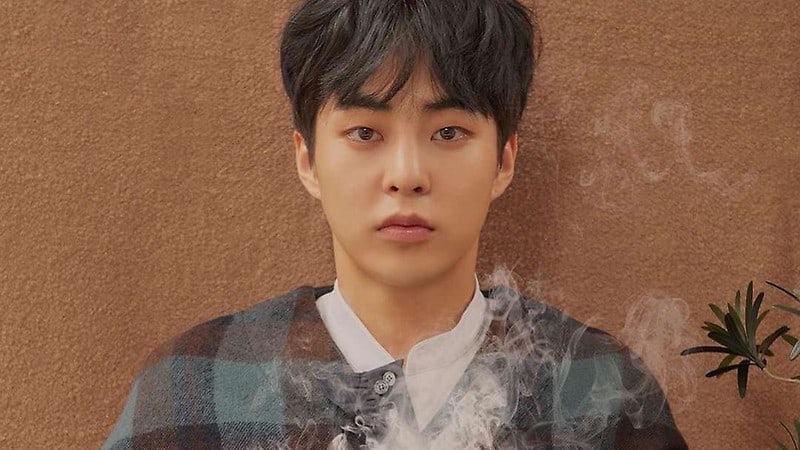 Baozi' Xiumin: everybody's best friend and/or crush, he was set to go to University in Japan a year early - till a complication hit him. He still manages to find his way into people's heads these days. Things got real bad for him, and someone wants to remind everyone of how bad things really got...

This story is not for the faint-hearted. If you don't like angst, drama, alcohol, drugs, and all the other drama that comes with being a young adult, perhaps this isn't foryou. If you do like that stuff, good luck with the whirlwind headed your way...Don't get too caught up in it all. Credits to the wonderful people at Obssession Multi Shop for the wonderful artwork for this piece! You should definitely check them out, I will be using them forever! Don't forget to Upvote and Comment, I really want to hear all of your thoughts on this, it means a lot! Also if you're new, PLEASE DON'T READ THE COMMENTS TO AVOID SPOILERS!! 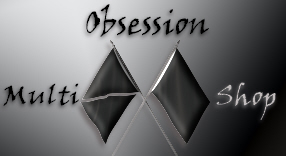 Next Chapter →
Author's Thoughts
NEW CHAPTER OUT NOW!!!
Read More →
Back to Top ↑
No comments yet
Back to Top ↑
Foreword
>> Collapse chapters <<
Promoted - Advertise