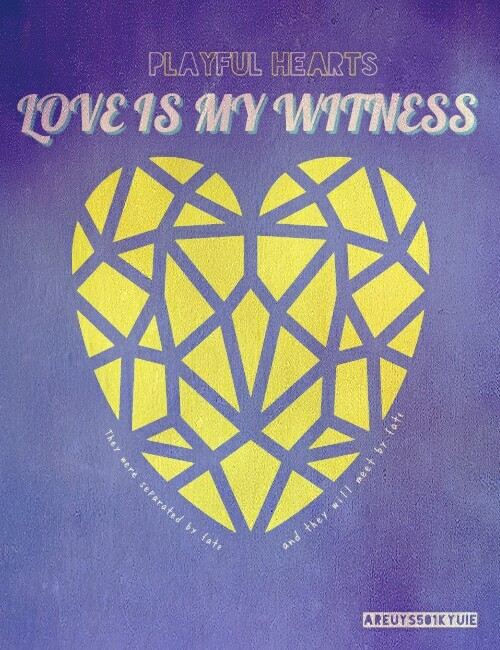 Luxurious cars, sparkling jewelries, elegant dresses and suits, bodyguards, gorgeous young ladies, gentlemen, businessmen. These are usually the things and people that you will see in a party or should we say business gatherings. High ranking positions in the government, known persons in different industries, different heirs and future CEOs.

Park Chanyeol is one of these people, the youngest but richest investor inside and outside the country, he is also known as a strict and delicate person by his under. Had his excellent diploma in business at a young age. Was trained at the very young age while in middle school.

He owns the largest shopping malls, engage in fashion industry, jewelry company and this elite school called Ggeum University. His father died when he was 2 and he inherited all of this, his name was drag everywhere, magazines, newspapers, on tv at a young innocent age, his mom had to struggle managing all of this to protect her son  s rights. But after a year, his mom had to remarry with a business man to have someone to trust for this matter, good thing, she married to a good person, that  s when their asset becomes more bigger and successful even outside the country. And he had a half sibling.

He was raised educated and business minded person. He grew up with passion in business and all he had wish is to help his step father to manage their businesses, until his step father also suffered into illness and reach his time in this world. He died and chanyeol, at the age of 18, he needed to manage everything since his younger brother is too young to take responsibilities. He can  t find any trace of interest in business from his younger brother, and he  s a bit worried about it. His brother grew prettier than any girls and boys, that  s the thing he was worried of. His brother was once taken by a stranger, he was kidnapped. He then promised to his father that he will take care of his brother and his sick mother, and there he stood as the family head. But there  s only one thing that his brother had interest in, the fashion, that  s how he came up with an apparel business, making branded apparels and launched their boutiques in their shopping mall.

An important event came, as chanyeol gathered all the staffs and officers of his university, having a small gathering at the university, for the proclamation of new school director. Important investors came too, and those who have a little investments in the university.

''sir, he  s here already,, Do kyungsoo, his personal secretary informed him..

''take him here.. He commanded and went up to the platform&

''let me introduce you the new appointed director of the school.. Since I am the chairman as well as the director of  Ggeum University, after giving him a proper training and found his ability to manage an important position, having the masteral degree in education and music at a young age, and with good credentials, I decided to give the director position to him. Let me call in Mr. Byun Baekhyun& chanyeol announced. All applauds.

Byun Baekhyun who was then just came back form America was surprised with the sudden announcement. He was just a bodyguard at first and was sent to study abroad, and now he will be the director of the school which is not just a simple task, too much to be a surprised welcome, he didn't pass through his mind the reason why he studied and trained overseas, now he knows, all of those thing are for this.

''Mr. Byun Baekhyun? Chanyeol mentioned his name again giving him a raise of brows, sign of his unresisting command.

''yahh baek..he's calling you& kyungsoo snap him out and mouth pointed to the waiting president.

Baekhyun climb up to the stage and face the people with confidence, not wanting to show how surprised he is right now, and not wanting to show especially to chanyeol that he does't want the position. But what can he do. Everything chanyeol will say are definitely a word of command that must be obey.

Claps and praises, giggles from young ladies and as well as smiles and adores from young gentlemen were heard. Gossips, small talks and questions about who the man is, but no one dare to let out a question since Park chanyeol is the one who decides. And he gave a cold smile to everyone.

As the party ended, both went home riding chanyeol  s car. Baekhyun is not talking, while chanyeol  s eyes were closed and have his nap. The car filled with silence until they reach the big house, where only 4 people plus the maids and bodyguards living in this palace, chanyeol, his brother, his sick mom and the fourth is baekhyun.

''come to my office. Let the maids take your luggage to your room, he said coldly without meeting the boy  s eyes.

Baekhyun heaved a sigh, after spending 3 years in America as a trainee in the company and as well as having private tutorials and studying further about education and businesses, which is he did for a short period of 3 years, now he understand why he needed to do that. Now he's back to where he will need to deal to this man again over and over again, he had a slight relief when he's overseas, not able to hear the commanding tone of the man, but here he goes again, shipping in the same house of the most delicate and cold person he ever met.

He went to the office as instructed. He gave a formal greeting for his comeback. But still he can't spit out any questions yet, regarding the news he had received a while ago.

''how's your study? Chanyeol talked as cold as the ice on the glass while pouring whisky in it.

''it's fine chanyeol, I mean it's good sir.., my teacher gave me a good reflections in my study, as you heard maybe, they made all the certificates that I need as a college graduate..  baekhyun answered.

''well that's good. So starting tomorrow you will come to the university to start as the school director..chanyeol told..

''but sir, isnt't that~~ baekhyun talked but didn'  t able to finish his sentence..

''I put you in that chair, because I know you can do the job. Since you can 't be my personal bodyguard anymore, I'm hiring you as the school director, don't worry I will pay you rightfully and fair, and for the education that I gave you, those are free, and regarding the debt that you have from me, it's simple, look after my brother, you'll be his guardian inside the school, that will be the  payment for the sum of money that you borrowed to me. Just until ren will graduate and I will close the deal and you are free. This is another contract, you don  t have to pay me with money, just follow me while you are paying. Remember, 15,000,000 won is worth your life in exchange, if you just work as a part time singer& chanyeol said, giving the other with no choice.

''I understand, that is the best word that baekhyun had replied&

Chanyeol went closer to him, leaving no space in between them. You didn'  t miss me?, he asked with a chuckle. Don  t worry, just continue to work for me, be my right hand, and learn how to be loyal to me, everything will be alright..he added lifting baekhyun  s chin..

Baekhyun looked straight in chanyeol  s eyes, I will, his simple answer and stayed with the man  s arm.

'' what will you do? I think I misses you..chanyeol smirked&

Baekhyun gulped and shut his eyes, he knows what this man is talking about. Chanyeol chuckled and captured baekhyun  s lips. Kissing him for seconds and then he pull out with another chuckle.

''you can go to your room now and rest, you have to go early to your new office tomorrow..everything is set already, all you have to do is relax in there and wait& chanyeol said after pulling out and sited to his chair.

'' de& baekhyun short response and turn around, don  t drink too much,,he reminded the tall one and left.

He closed the door of his room, flopping down to his soft bed. He lives in heaven like this ever since this cold guy take him in the in the house as his bodyguard for some reason that he can  t say no. but it was just a hell on the other hand, he have no choice, he owed too much money from him and he needs to pay them. His whole life as the collateral. He often think of the boy he left in the orphanage, he once visited the said haven but he wasn  t there anymore. What is he doing right now? Is he living so well now? Is he eating his favorite foods now? S he sleeping in a soft bed now? Or either way, he is not, few questions molds in his mind until they loaded his brain with those collected questions.

Ignore every typos and error, im using my phobe so its hard to edit...,this for chanbaek only...subscribe please...

Like this story? Give it an Upvote!
Thank you!
Next Chapter →
Author's Thoughts
http://www.asianfanfics.com/story/view/1076470
Read More →
Back to Top ↑
No comments yet
Back to Top ↑
Foreword
>> Collapse chapters <<
Promoted - Advertise