Me, my friends and my enemies!

Yo! It is me Jiyong! Kwon Jiyong! But my friends call me GDragon and the girls simply say GD. 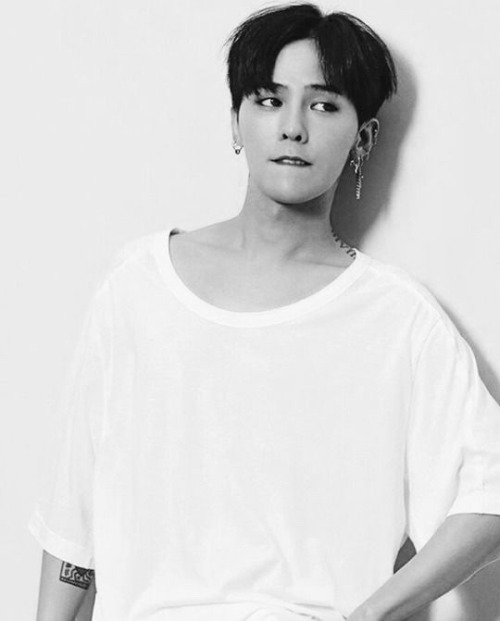 This is how I dress up at home. I might be spoilt a lot, but damn... I deserve to be spoilt! I am eightteen years old and our school's richest boy. I am also very popular wih the girls, still I have never been in a relationship. I am not ready yet, but there is a girl I like... 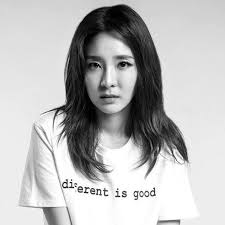 In school I am never ever showing my cute side! Nooo way! I have a true reputation! I am the leader of my gang!
This is how I look like in school: 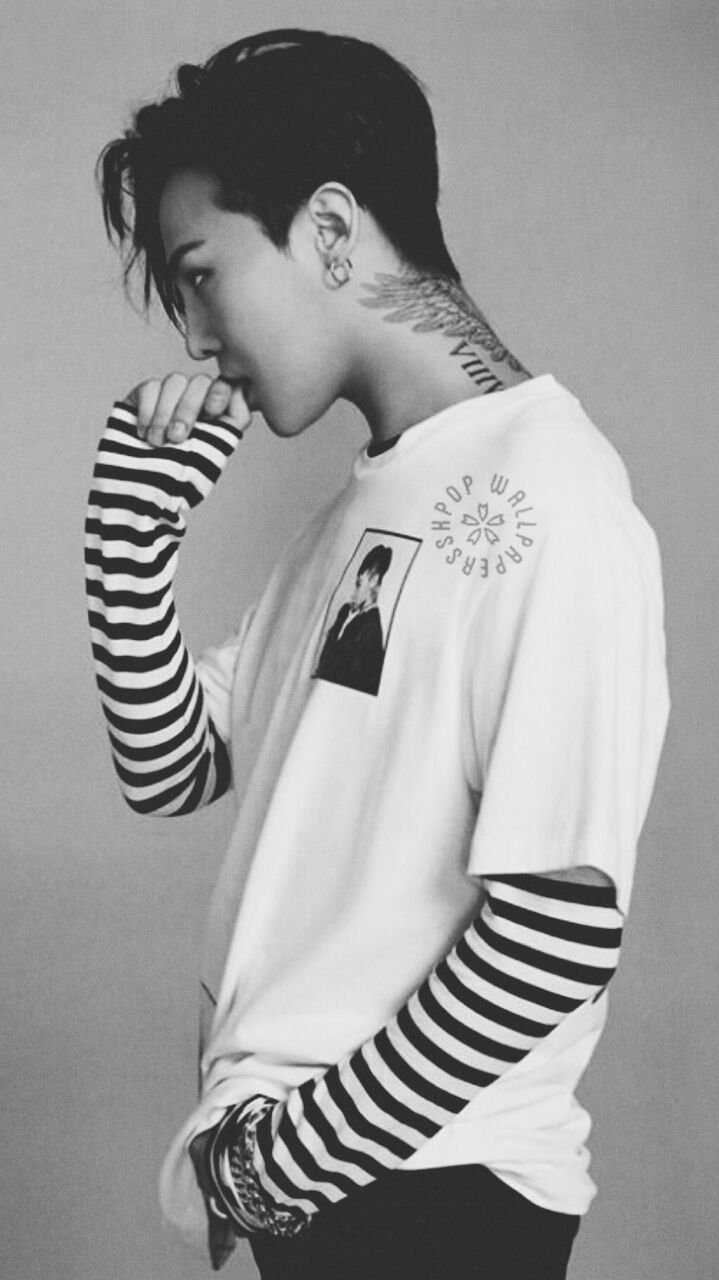 The school I am attending is called K.P.O.P.-Academy, for "Kingly Pupils Only Private-Academy". It is exactly what you think of. A private school for rich kids. For those who can afford it. There are several departments. I am in 2nd year of department YG. But there are also SM and JYP. The school system is a bit different than usual ones. For example, if you fail in YG you drop out of the department and you will get the chance to succeed in SM or JYP. Same goes for the other two. Failing in SM makes you attend YG or JYP, failing in JYP makes you attend YG or SM. If you fail in all three of them, you are kicked out of K.P.O.P.! But to tell you the truth, if you are as rich as me and basically own the school, you don't have to worry about it at all. There is no need for me to be scared of being kicked out!
Well enough about my shool.

Let me introduce you to my friends and our gang, called "Big Bang".

This is Dong Yongbae, but we call him Taeyang. He is my best friend. We grew up together, our parents know each other and he is the second richest kid in our school. We are in the same class and sitting next to each other in the penultimate row, of course, duh...
His parents are going through divorce, so he is a little bit depressed these days.
He is not interested in girls. Yet. His statement: "No relationships = no problems." 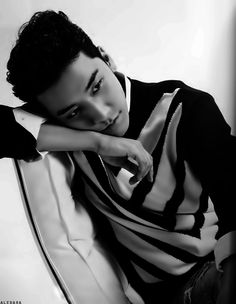 This is Lee Seunghyun. And yes, he has got a nickname too. We call him Seungri. Some of the girls call him V.I., meaning "Victory". He is also in my class, sitting in the last row right behind me. He was a total geek before we became friends, but now he is quite cool. A total player though. Always thirsting for girls, age gaps do not matter to him. 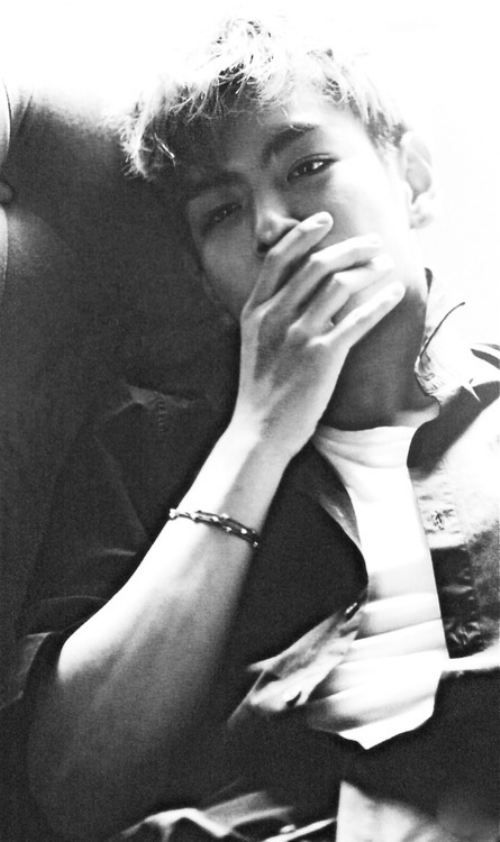 This guy is Choi Seunghyun. Yeah, Seungri and he have the same names, but we call him TOP anyway. He also is sitting in the last row right next to Seungri, behind Taeyang. TOP does not give a about others. He is the one fighting a lot and being a pain in the of every single teacher. He loves plugging in his headset and listening to music instead of concentrating on classes. Well, that is just how he is. He has major issues at home with his dad. Like seriously, an abusive father-son relationship. TOP is the lazy one in our gang, but if there is something he determined about he gives all he has got. He has a crush on Park Bom... 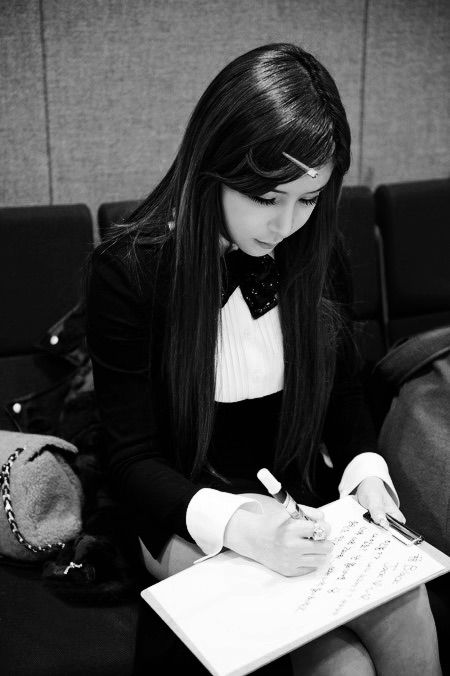 a shy girl in our class.

And at last: Kang Daesung a.k.a Daesung 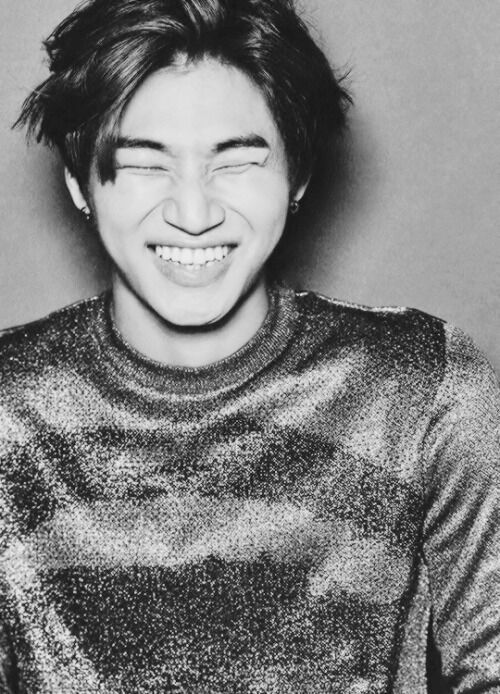 And then there is this friend of mine. His name is Kang Daesung. We simply call him by his name. Girls also call him D-Lite. He is sitting in front of me, next to his girlfriend Gong Minji. He is the only one of us being in a relationship. Daesung is the nice guy of our gang. He is very helpful and thinking of others first. Sometimes he is too good of a person. I am not complaining when he is nice towards us, but he should tone it down when it is about others. He is not afraid of being seen kissing with Minji 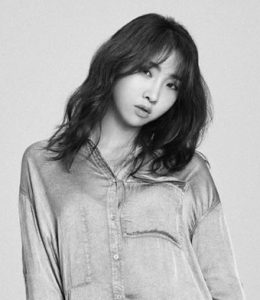 but I bet they still are .

THIS IS WHO WE ARE: BIG BANG in your face! 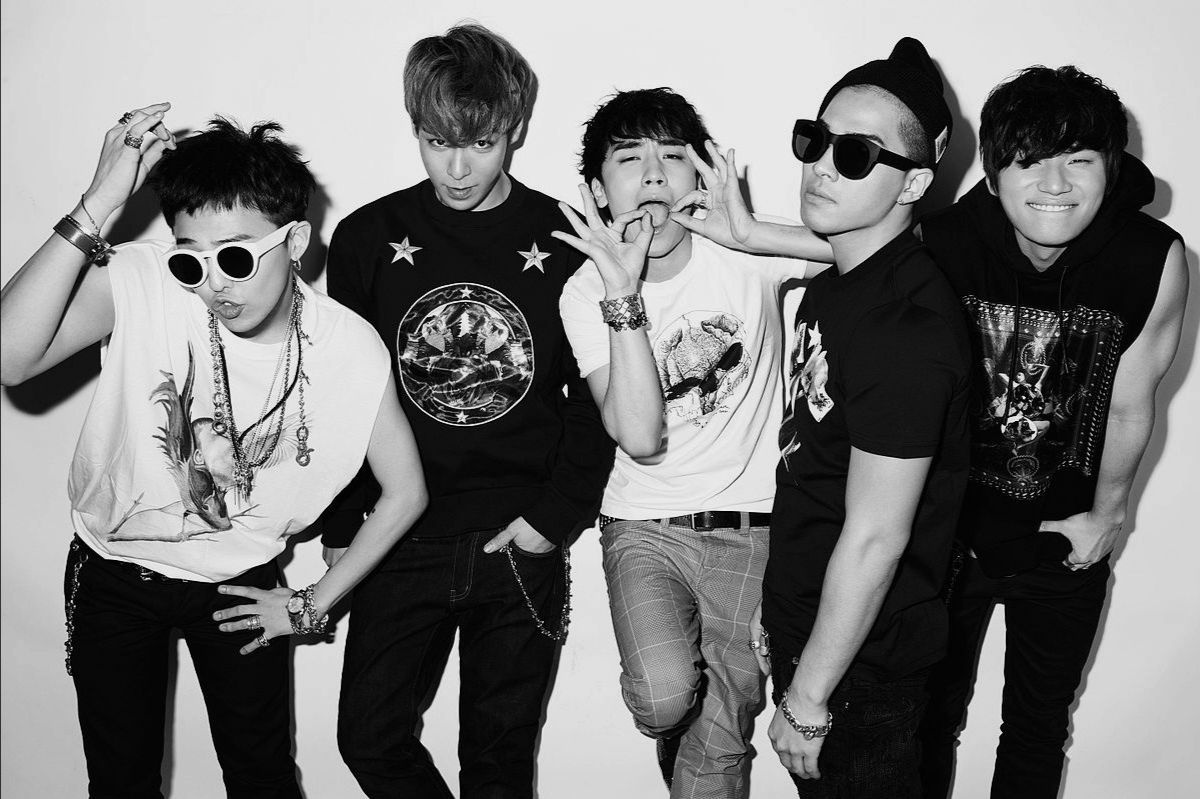 *just so you know-left to right: Of course I, TOP, Seungri, Taeyang and Daesung*

Yes, these are my boys and this is who we are! We are all really close to each other and that is, why we became Big Bang. We are the real deal! Everyone in school knows us and everyone fears us. That is how it should be anyway!
Especially for our JYP rivals.

They call themselves "2PM". 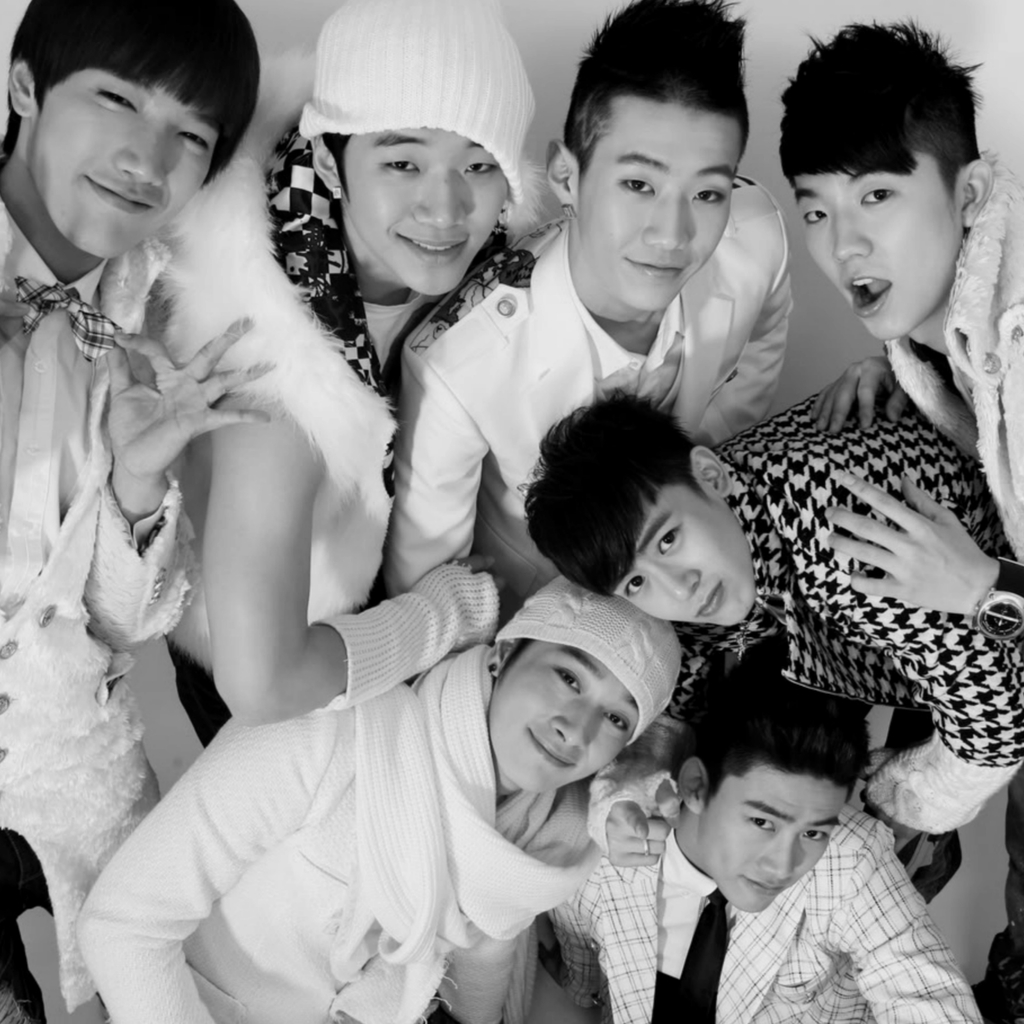 We don't need to break down their names and all. Nope. These punks think they are better than us. Tsk! I am not gonna lie... they are the best in their department, still no competition for us! We don't like them. Nah. 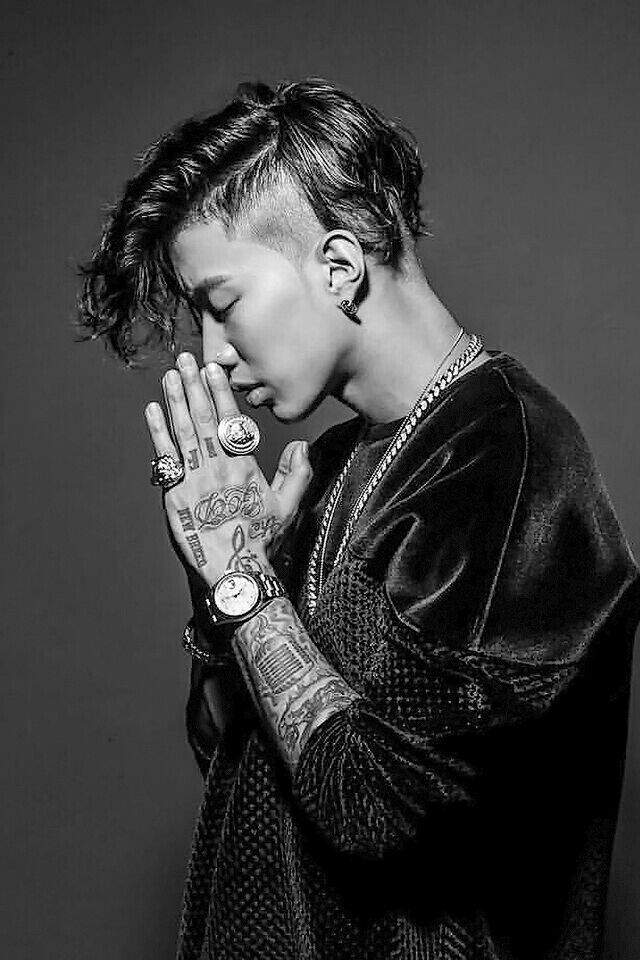 Ya'all, this is just the beginning of the craziest school-life story, I am going to tell you about!

Author's note: Hello everyone! This whole page took me several hours to edit!

This is going to be a multifandom fanfic focused on Big Bang, 2PM and a little bit 2NE1. It's my first multifandom fic so I really hope to make it up to you guys! The main character as you have probably noticed is GD. The whole fanfic is going to be in his point of view. And yeah, it is a school-life based fanfitcion. Romance, action, fights and a little bit of drama will lead this fic.

*I changed the age from sixteen to eighteen, since sixteen was way too young for some of the parts of this fiction*

Next Chapter →
Author's Thoughts
Here come the 2nd gen leaders!
❣ Please subscribe for further chapters!
❣ Please leave a comment and let me know about your thoughts and guesses about how this is going!
❣ Votes are appreciated a lot!
Thank you all for the sweet support!