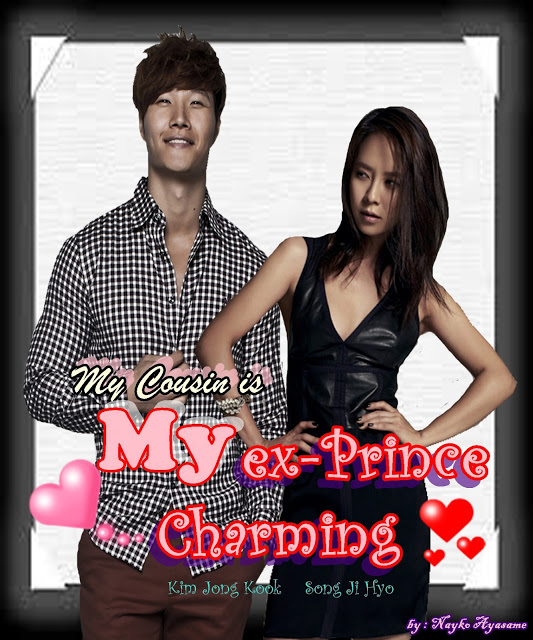 Every girls in the world must be ever dream about their prince charming right? so does her. Song Ji Hyo, the beautiful and cute girl but have a tomboy style. Just like a common girl, she also dream about a prince charming since her childhood. She dream that someday in the future, she will marry with a man that will treat her like his princess, a man that value at her and being gentle to her. For her child memory her prince charming is her own cousin who were 6 years older than her, Kim Jong Kook. But when they were grew up together Ji Hyo's admiration of Jong Kook is little by little dissapear when she knew that Jong Kook is a very naging man. He even never saw her like a girl and treat her like a brother rather than sister. Even they were live together like a family, they will always have a fight or bickering each other.

At her 27 years old now, if she get marry, Kim Jong Kook will be the latest choice that she will choose. She never think anymore to be Jong Kook's wife in her future, she can't imagine that.

yeah I know I know, I was made unwritten story before and even not finish all of them. But well you know I just want to share my idea, this marriage story of spartace is an idea that I have from @mawar_saffiya. For sure I will not write the chapters soon cause I have many stories that didn't finish yet, and of course I'm not thinking about the plot first, it's only an idea, remember?

by the way, I just post an idea about "Another" right? and now I post a new idea about this story, I don't know which one of them I will write first after I finish "One Love Mr Kim" and maybe also "She is My Bad Girl"

can you guys help me? the story that get most feedback, coments and upvote between "My Cousin My Ex-Prince Charming" and "Another" will writen first after I finish the previous stories, cause both of them are really fresh original ideas from me, so please help me to choose to think which one I will write first ^^