bio hi y'all, it's aggressively. just call me tiff. i've been a casual reader on aff for nearly ten years, a reviewer for two, an applyfic applicant for three, and a writer for five. i mostly tend to write angsty sehunxoc fics, but sometimes you may catch me writing romcom (always with a mimbo jungkook as a lead).

im not really active on aff, besides writing since i don't really like some of the mainstream users on here and just the general attitude held by the aff community. so i often dont seek ppl out to befriend and chat, or even reply to messages on time (sorry i even leave my bf on delivered for two weeks, so like it shouldn't even be a problem for y'all). hence, i may seem reserved and kinda a at times. but like i stg, just leave a sincere comment (if you're a reader) or dm me about sf9/super junior (if you're not a reader) and i will do a 180 and chat your ears off and cherish u forever <33

ji eunseong / he was cool

the havoc we wreck / once oh sehun sets his sights on something, there’s no such thing as out of his reach. so, whether it’s today, tomorrow, or five years from now, he’s coming for me— and when he does, he won’t stop until he’s destroyed me.
#loverstoenemiestolovers
#vengeance
#bullysehun
#darkromance

her adonis / "you're going to hell, kim sohyun." underneath it all she loved him. that was why she did what she did
OR
she was satisfied with her boring life until she met him. handsome, wild, and dangerous, he was the paragon of everything she stood against, but she'd follow him straight to hell if it meant she would finally feel alive #gigolosehun
#homewreckersehun
#youngersehun
#AGEGAPROMANCE

the thing about oh sehun /
A lifetime being accidentally binded to Oh Sehun, the god of love and , would have been fine if you’re literally anyone else. But if you’re Park Jiyeon, a recovering addict and extraordinaire, then it’s a whole other ing story.
#erossehun
#lowkeymimbosehun
#fantasy

demon's keep / dealing with a demon. who knew it could be so dangerous?
#rumpelstiltskinkai
#demonkai
#

the risk of falling / "I am here to protect you. It is Jihoon's greatest wish." In the heat of the battle, a weary soldier encounters his child's guardian angel
#soldiersehun
#warangst
#forbiddenromance

title pending /
oh sehun loves to love, but the real tragedy is that he refuses to be loved in return
OR where instead of your soulmates first words to you written on your skin it’s their last words you ever hear them say so you don’t know who your soulmate is until you lose them
#inspiredbyjaeonfromnevertheless
#tragedy
#playboysehun
#chaebolsehun

the great undoing of jeon jungkook / "psssst. what did you get for six? c?" a tale in which an irritating, disembodied voice screws jeon jungkook's life up for the better
#mostlyjustcracktbh
#romcom
#jockjungkook
#tattoos #boysehun #guilt

#toxicity #edupfamilysecrets
1
To Love Oh Sehun
"You’ve never wanted to be easy to love and you made damn sure that nobody can ever forget it."

It is a well-known fact that Oh Sehun is trouble, no cap. If the tattoos and piercings aren't enough, he smokes, he drinks, he parties, and he shows interest in every female that stumbles his way—literally every female—except, of course, Bang Chaewon.

(Book I of Kingmakers) 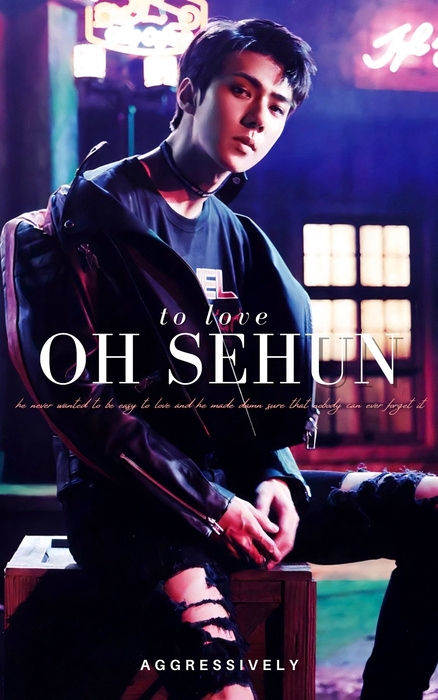 #Addiction #hatetolove
2
For him.
He was a trainwreck happening right in front of her and she found herself helpless to stop the carnage.

#mimbotae #drunkenmistakes
3
halfway in between
Ma Hyeri has a track record for making the wrong decisions. Hence, the second Jeon Jungkook opened the door to apt 305, she knew she was ed.

#excon_sehun #crime #gangs
4
Sinner
The most dangerous thing in Lee Sunmi's world was not a missing brother who just can't seem to stay out of trouble nor was it a vengeful gang trying to hunt down and execute said brother. Instead, it comes in the form of a man with dark eyes, a ty face tattoo, and a penchant for calling her anything but her actual name.

(Book I of Itaewon's Finest)

#kingpinKyungsoo
5
King
Jung Seol's not the kind of person to (with) her best friend's brother, who also by the way happens to be the kingpin of Itaewon's entire criminal enterprise.

She really isn't. Until she is.

#badgirlgoodguy #thriller
6
saint
If this wasn't karma at work for all the evil, backstabbing Joohyun had pulled, then it was Hell. Because surely, in Hell, all roads would lead to Byun Baekhyun.

#underprivileged #Murder
7
Leaving Suburbua
I am inmate #467. My home is a ten-by-six-foot cell at the Jangnam Unit just outside of Nari, South Korea. There is one metal bunk with a two-inch mattress in this cage I call my home. One stainless-steel sink and a stainless-steel toilet. A small table stacked with books, an electric typewriter, and a small transistor radio.

There is one window, three feet wide and six inches tall, but I can’t see outside unless I stand on my bunk, and even then all I get is a view of the guard tower.

Reading about how I live, you might assume I am some kind of psychopath, the sort of beast that must be locked away from society. But the truth is that I’m not that different from you. Not very different at all.

And that should scare the hell out of you.

#guilt #Secondchance
8
When Stars Fall
In which a top actress gets a little too involved with a former golden boy that had ruined her life nine years prior.

SAVioR
SF9
Gaslighting
onlyoneof
BLACKJACK
SOOBIN
preferences angst and melodrama, with a few moments of tenderness in between, is the key to my heart; it's even better if it stars (pining) misunderstood bad boys. i also love reading eunhae (i will ing die on this ship), kyusung, yehyuk, kaisoo, yoonmin, and yoonjin/namjin, so if y'all know any good fics, pls pls PLS send them my way.