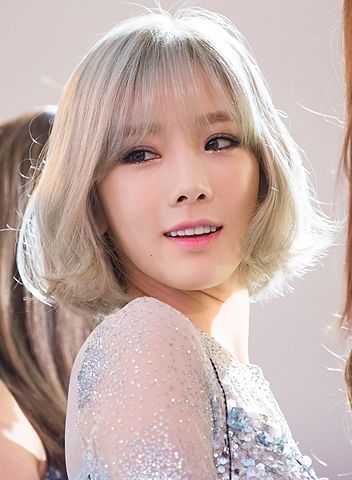 Kim Tae-yeon (born March 9, 1989), referred to as Taeyeon, is a South Korean singer. She had been a trainee at S.M. Entertainment's Starlight Academy during her middle school years before debuting as a member of the agency's girl group, Girls' Generation, in 2007. Since then, she has risen to prominence due to the group's success on the Asian music scene and further participated in the agency's projects Girls' Generation-TTS and SM the Ballad. Aside from group activities, she has also recorded songs for various television dramas and movies.

Taeyeon began a solo career in 2015 with her first extended play album, I. It peaked at number two on South Korea's Gaon Album Chart and its title track sold over one million digital copies. Her second extended play, Why (2016), charted at number one and yielded two Gaon Digital Chart top-ten singles "Starlight" and "Why". Her debut studio album My Voice (2017) and its two singles "Fine" and "Make Me Love You" achieved similar success.

Jimin and Minjeong are the warmest when they’re together in each other’s arms. A winter-themed one-shot about lovemaking by the fireplace.

Say You Want Me

The Decree of the Divine

Until i found You

Bump In the Night

Take Our Clothes Off

The Pet of Kim Taeyeon

hands on me: a collection of taeny [currently editing]

The Blade of Doom

All Because of that Night