Smol boy, used to be the youngest of the school because he skipped a year in high school. He's a year younger than the other students in second year.
Extremely smart, on the gifted spectrum, while he likes sciences, music has always fascinated him, especially classical music.
Very shy but also super sweet, doesn't really show any toughness asides from him being territorial about his space and his instruments.
Doesn't really talk much but will be friendly if you put in effort to be nice to him.
He's currently studying performance with the aim to become one of Korea's best classical musicians.
His instrument of choice is a clarinet, his clarinet is from his childhood, it's his biggest treasure and he defends it like a dragon protecting a princess.
Very passionate about his major, practices so much, you'll often just hear beautiful clarinet melodies throughout the dorm.
Biual lil bby, open for LI :D

Chiwon isn't really the most social of the dorm. He is very friendly usually, but he's just a shy sweetie that doesn't really know social situations well. He will get angy when someone enters his room without permission and that person is not named Matías. It makes him really angy, he'll completely puff himself up like an angry bird, glare, curse, yell, fight. He's actually surprisingly powerful for being so smol.

Came from a wealthy family, not super wealthy, but they got a nice life going for themselves. Chiwon is the only child so he got spoiled rotten. He was isolated for most of his life because of both that and his intelligence. He has an IQ of 145 and is undiagnosed, but expected to be on the autism spectrum, but not severely. He is showing some of their tendencies. Social situations are very hard for him cause it's no science so he can't learn it. But once he goes online into the gaming community, he blooms, online he talks much better. That's how he got close with Matí. He also really knows how to express himself through music.

Besides his performance major, he's also taking composition classes, he might go for a composition major after finishing the performance one. He wants to become a professional classical musician who can also compose his own pieces. Also classical, of course.

Asides from music and games, he's very passionate about astronomy and space stuff, his side of their dorm room is full of star-like lights on the wall with accurate constellations, if you give him anything that's galaxy themed as a gift he'll be beaming. Planet 9 and alien life believer.

Even though this boy is a shy little one, do not be fooled, he will pounce if you ever dare to touch his clarinet or any of his treasures, really. But if you dont do that and respect his space, he'll be lovely to ye. 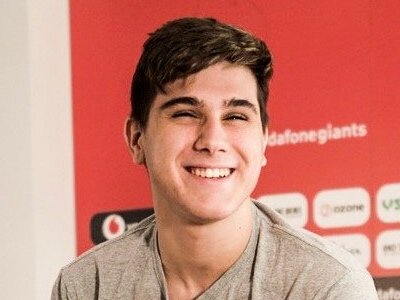 Spanish smartass who dreams of becoming the best cosmetic surgeon in all of Spain. He wants to fix people's insecurities.
Came to South Korea because this country is known to have the best cosmetic surgeons, he wants to learn from the best.
Is almost just as smart as Chiwon, came to the uni with a full scholarship and all the fancy shmancy stuff.
Chiwon's best friend, they met online in the gaming community and got so close that they'd visit each other while still being in high school.
Is in this dorm because he wants to stay with Chiwon, protect him, and also hates to be lonely. Chiwon wanted to join this musical dorm so Matías followed him.
Very serious about his studies but outside of it he's funny, sociable, chatty, kind of a clown and a party animal. Brings life to the dorm.
Kinda buff, also a bit chubby, quite broad. Overall a very different build from the usual Korean students (especially Chiwon).
People think he's just here for Chiwon, but no, he actually got accepted into the dorm cause he's a drummer in his free time. Otherwise he wouldn't have been allowed in and Chiwon wouldn't have been here either. Matí applied to be the drummer of Hanjae's band.
LI is going to be 's cute patoot that is still in the works

Matías' korean is becoming very good (semi-fluent), but it's still a work in progress so he doesn't always grasp the situation. It's mostly the slang and the phrases that aren't literal that he doesn't understand yet. He tries his best and will not hestitate to ask dormmates for help with the language. When he doesn't know what's going on in korean he switches to english without hestitation. Usually Chiwon translates if the other person doesnt know english. Both Matí's english and korean have a very strong spanish accent, which is quite cute.

Life of the dorm, he might take his studies very seriously, he does the work easily most of the time because of his smarts. Once he's done with the work, he's ready to have fun, and he will. Bouncing off the walls, an energetic young boy, loud, fun, very chatty even though his korean is in the way from time to time. He will try to get along with everybody and make as many friends as possible. Even the people he got a bad first impression of. He's very clingy too, does a lot of random skinship cause he just likes to do it, with everybody, from big beefy boys to tiny bubs like Chiwon. Actually tiny people are his favourite to cling to. He's really like a little child sometimes.

Don't mess with the guy though, cause he doesn't take any and has power. He won't take anyone coming for him, Chiwon, or any other dormmate that he is close with. It doesn't matter how big you are, he'll come marching and come nose to nose with you and glare at you with those dark, mysterious, big alien-ish eyes of his. He's a bit broad, bit muscled, bit heavy, so he really isn't an easy opponent. His temperament is also quite spicy. He gets riled up very easily.

Not really from a rich family, so without his full scholarship and all the fancy shmancy stuff he wouldn't be able to be here. He isn't used to a luxury life at all so he's always in awe when he sees Chiwon and people much richer than Chiwon bathe in their luxury. He's all sparkly eyed when he sees Chiwon's house.

He's just the bestest boy like he's such a sweetheart and hopeful kid ;w;

Will be absolutely smitten for bub's lil cutie patoot cause she is so adorable ;w;

loves drumming, he absolutely loves going nuts on the drums to rock songs. His favourite Korean band is FTisland, but his overall favourite is Coldrain. He lives and breathes rock and has been drumming since he was a child, he really wants to be in this band.