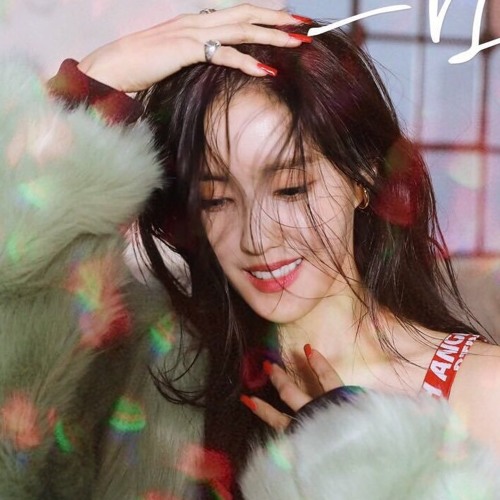 ▸ nickname here — explanation + who calls them this

▸ nickname here — explanation + who calls them this

▸ anything that differs from your face claim? tattoos? piercings? birthmarks? scars?

▸ here, links or description or both

PERSONALITY : Competitive by nature, HyoJin never lets anyone take her shine away from her. She believes in teamwork, and her competitiveness sometimes gets the best of her when it comes to her members goofing around on stage and not doing what they're supposed to be doing. She isn't afraid to put someone in their place or telling them what's what. HyoJin isn't one to set back and let someone else win her glory, instead she prefers to stand out from the crowd and just be herself. She's is very confident in who she is, which lets out somewhat of a y feminine charm to her. Some may even say she's overly flirty.

She has a somewhat analytical view of the world, as she knows everything can't be rainbows and unicorns all them time. She understands that their are bad people in the world who do bad things, and there is very little to be done about it. HyoJin has various trust issues resulting from her past company always hyping her up only to let her down once again. Hyojin has a hard time believing any good news and is afraid to get too happy or attached to something as her happiness was usually ripped out of her hands. She also often over thinks situations into more than what they really are, resulting the situation into an even worse problem.

Since Hyojin spent most of her teenage years as a trainee under SM, she didn't get to go out with her friends or do things normal teenagers would do. As a result, Hyojin tends to like and do things that others would deem "childish" such as getting up early on a Saturday morning just to watch cartoons or whine and pout if someone is teasing her. Hyojin also has a slight rebellious side to her despite her leader like qualities when it comes to the rest of her group. She just doesn't like to be told what to do or how to do something anymore. After ten years of being told she "wasn't good enough" getting bossed becomes annoying.

HyoJin's usually a calm, and collective person, unless someone messes with someone who's close to her. Then her protective side will come out and all hell can break loose. HyoJin has a very short temper, some may even say she has anger issues. She tries to keep her emotions under wraps as she doesn't like for people to worry about her, but will let them loose in moments of extreme passion, anger, or stress. HyoJin is also very sarcastic, which at times may be funny, it can also be quite hurtful at times. HyoJin does, however, try to be caring towards others as she knows how it feels to be hurt and doesn't like hurting others. Has a bit of a quirky, dorky nature to her. She can often be seen making odd faces to herself in a mirror just to keep herself entertained or saying random things on broadcasts. She loves doing volunteer work, and loves animals and children. She also likes to be a counselor to people. Although she may have trust issues herself, people tend to trust her as she has a laid back attitude so they tell her their dirty little secrets.

Overall, HyoJin is just HyoJin, and she isn't about to change that.

BACKGROUND : how did their background influence them? please include what their life was like during and after gloria until they receive their vacation invite from hyojin here! it would also be nice to include how they reacted to the invitation / reacted to the debut of nova or other fantasia acts here ^^

▸ likes, dislikes, habits, hobbies
▸ as many as you like! i love reading these!

RELATIONSHIPS : only include those who are important and matter to your character but other than that include as many as you like! some of the girls have been in the kpop industry since 2008, so i'm sure they have met quite a few people

▸ gloria / fantasia entertainment in general is quite scandalous. put as many as you like or none 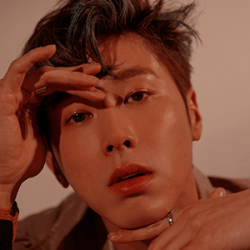 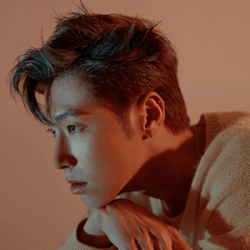 ▸ *freeze frame* "Yep, that's me, waking up in my best friends bed. You're probably wondering how I ended up in this situation. Let's go back to the beginning, where it all began in good old SM Town."

Hyojin and Yunho first met while Hyojin was a trainee under SM Entertainment.

▸ how do they act around each other and others

ENDING :  how do you want them to end?