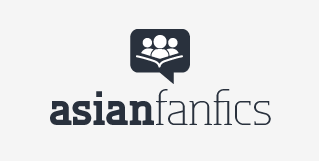 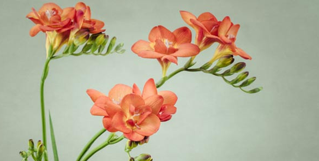 What is this? Did you know that AFF is celebrating its 7th year of being up and running? Every year we have thought of ways to commemorate this special date by doing various activities.

With that being said, this year we have decided to make it all about you with these 45 questions, interview with yourself, survey, quiz—whichever you wanted to call it haha.

Why are we doing 45 Questions? Because... it's fun. Don't question.

Our theme for this year is the freesia, when given on the 7th Anniversary it upholds trust and faithfulness within a bond. The freesia is also a symbol of friendship. It was named freesia after Friedrich H. T. Freese by fellow botanist Christian P. Ecklon, as a tribute to their friendship.

This day marks seven years of trust, faithfulness and friendship with the site, it's creator and the community. As a thank you to all participants, we leave you with a thank you message from the creator of AFF himself.

"Happy 7th! I'm glad to have you all here, veterans and newcomers alike. I always tend to get super busy around AFF's anniversary time for some reason so I'm extremely grateful to Team Cactus for putting this together. They've come up with some really good questions! Hope you enjoy Team Cactus' quiz!"

3. Answer the questions in your own genuine way, think of it as being interviewed by your kpop bias on the red carpet. Heh.

4. After all the questions are answered to your satisfaction, tag five (5) of your friends in the tag section on the bottom of the layout. No more, no less.

5. Copy the link of this blog post once published and post a comment on this blog http://www.asianfanfics.com/blog/view/1124656, with your copied link. This is somewhat of an important step so we can keep track of your posts so don’t skip this step.

6. Please don’t remove these instructions or edit/remove the description above.


Tip! Highlight the text you want to change first, then type to edit. Always press Ctrl + Shift for new lines. Not the Enter/Return key.
45 questions
Hello, I am Maddymoonchild.

The always on semi-hiatus writer who writes a bunch that never gets posted on here. I'm happy to be apart of this community and all of the people I have met here!
First, try out these 3 AFF trivia questions!

Please try answering without cheating or looking for the answers. The answers to these trivia questions will be available in this blog after a week from the date of AFF's anniversary. So check the link then for the answers! From now till then, the blog will be on private.


1. Why was Asianfanfics created?

A place for Jason's girlfriend to post her fanfiction. It was really a sweet and romantic gesture.


2. What is the exact date of AFF's anniversary?

No idea. I'm assuming sometime around now? Lol April 7 is my guess, I guess


3. Our admin, Jason, wrote a fanfic: Zero Day Diaries. Which kpop artists are featured in this fic?

I had no idea he wrote a fic! I know that his girlfriend was into first wave kpop groups, so I assume he would use the same?? So maybe g.o.d or Shinhwa?

Two and a half years


5. What color was AFF's layout when you joined?


7. How did you end up becoming a member? What made you want to become a member?

I think it was because a lot of the fics I found wanted me to be a member (subscribe only) and so I signed up for easier access.

I have no idea @[email protected]


9. What was your first username?

It's always just been Maddymoonchild


10. What was the first story you read on here?

A Jongtae fanfiction called The Boy with the Blue Raincoat. I don't think it's available anymore, sadly.

oh god...umm...I never really talked to anyone until like last year. I think I briefly talked with YukinoKoru, so I guess her??


12. Who was your first friend? Do you still keep in contact?

I think technically it was silven. We still talk from time to time. I wish we talked more tbh, but I'm awful at keeping in touch.


13. How many fanfiction/thread(s) do you currently have? How many of them are complete?

I have 32, but only 25 are viewable (I need to delete some actually). Of the viewable ones, all but one are complete.


14. How many unique subscribers do you have?

10. I basically am always online and have it open on my phone. I check it at least once a day.


18. What is the main activity that you do on AFF?


19. How do you spend most of your karma points?

I don't...I gave a lot away in the contest I hosted, but I'm trying to save up for an advertisement hopefully


20. How would you like to spend you karma points? (E.g. Kpop merchandise.)

On an advertisement. Though if we could get kpop merch, that'd be pretty cool :o


21. Have you ever uploaded a video in the video gallery?


22. Have you entered the chatroom? How was it like for you?

I feel like I did once, but I honestly can't remember lol


23. What is your favourite feature of AFF?


24. What is your least favourite feature of AFF? How can it be improved to make it better?

I don't have a least favorite feature. I like it here. Perhaps making bids for adverts easier to win for us less popular authors who don't generate a lot of karma?? lol


25. If you could introduce just one feature on AFF, what would it be and why?

The series coupling feature that AO3 has! I'd like to be able to list stories that belong in a series/verse that I have created, but not have to post them all together in one story. That way people can easily find them and authors could categorize them.


26. If you could customize the way AFF appears to you, what color would it be? You could just pick one color or a palette.

I'd like a lavender one, maybe. I'm sure that already exists. Color palettes in general sounds nice. It'd be cool if you could have your own image header like you can on some browsers, but that's probably a bit much lol


28. Who are the users you want to get to know better?


29. Are you grateful/owe something to someone on AFF? Who and why?

Yes. bbe1989, because we've become really great friends and she has even helped me with things in real life that I can't possibly ever pay her back for. Also, lrvip052012 because she befriended me when I was down and has supported me during all of my struggles with writing fics. We also got to meet in real life and go to a concert together :)
And a shoutout to Amalya, who has put up with me being an awful person and not getting the contest prizes she rightfully deserves in a timely metter v-v


30. Who are your AFF inspirations?


31. If you could put a star on any of your fics/threads, which one would you pick?

Kairos. I haven't looked at it in a while and perhaps I'll hate it now, but it's one of the only fics I feel truly proud of and represents aesthetically what I wish I could always be doing with my writing.


32. What is/are your all time favourite storie(s)/thread(s)?

This is that I have read, right? LORD THIS LIST HOLD ON
I'll only put a handful
"A Boy Serves with Both" by i_feel_electric
"Chicken Soup for the Restless Soul" by bbe1989
"I See Fire" by bbe1989
"Seunghyun(s)" by Ruinwyn
"Plus Baby" by jongmal
"Tear This Canvas Skin Apart" by hobash
"Take All My Time" by hobash
"Salty Lips & Late Night Dips" by RuinedReverie


33. Who is/are your all time favourite author/s?


34. If you could put a star on another user's fics/threads, which one would you pick?

I have it. I think sometimes I should change it, but I never know to what


36. If you would write a fanfic about your life in AFF, what would the title be?


37. What was the weirdest thing you encountered on the site?

hmm...no clue tbh. I think I've seen it all lol


38. What was the best thing that has happened to you on the site?

I've met a lot of really great people! And finding out that people actually seem to like my writing to some extent


39. Have your interests changed on AFF? If yes, in what way? (Eg. Change of OTP, bias group, AFF activity.)

Not really because of AFF. I guess perhaps my activity/productivity has changed. I actually started posting my writing here and it's helped me to improve my craft, I'd like to think. But I'm pretty stuck in my ways with bias groups and otps.


40. There are many communities now on AFF (such as the writing, designing, coding, applyfic, roleplay, reader communities). Is there a community that you aren't part of but want to try one time?

I tried an applyfic once, but I'd like to maybe try again. I'd like to do more betaing, but I'm not sure there's really a community for that.


41. What is the best thing AFF or being a member of AFF taught you?

You shouldn't be afraid to try something new or share your writing.


42. What is your greatest contribution to the site so far?

My fiction I guess?? I don't feel like I have ever really contributed something great though lol


43. What are your current AFF goals?

To finish all of my active stories. I'm actually considering "retiring" soon, but I'll still be a member here for a long time I think. My dream goals would be: to be featured at least once if possible, to have 1k subs on one story just once, get an advertisement spot for Kairos, and be featured on the published authors section (when I finally manage to get a book out)!


44. If the AFF community decides to do a get-together, how should we spend it and where?

I guess we could all hunker down with people who like the same fics as us and chat it up. I'd love to be able to talk craft with other passionate fanfiction writers. I live in California, so I always think Los Angeles is an option lol It would certainly be fun if there was like a convention or something haha


45. AFF is celebrating it's 7th year and is continuing to grow thanks to our admin, Jason. Do you have a message for him?

Jason, thank you so much for creating AsianFanfics! I'm so glad I can be apart of this community and share my silly fanfictions with the world. Without this site, I don't think I would have continued to pursue my passion for writing. Thank you so much for continuing this site for seven years now. I hope I can be a member for many years to come! :D <3
I tag: silven, neontabi, bbe1989, reverse, AbsoluteHominy (I assume no one will see this and that's okay lol)
If you have been tagged:

Copy the code of this layout provided below, paste it in ‘Source’ in your own blog post and follow the instructions.

Access the code here.
If you aren't tagged but still want to do this:

Visit this blog http://www.asianfanfics.com/blog/view/1124652 and copy the code from there.
Back to Top ↑
No comments yet
Back to Top ↑
45 Questions: AFF Edition #AFF7Years
Promoted - Advertise